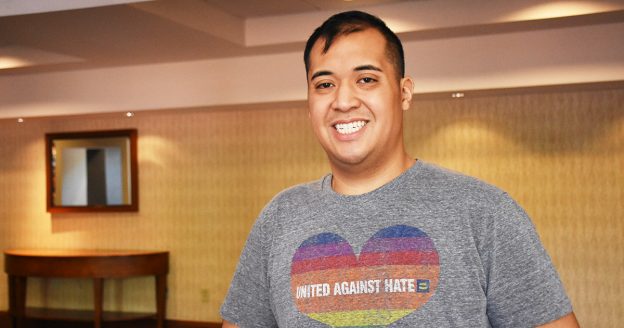 In the military, being your authentic self can be a challenge, and identifying as queer can be even more challenging. I served during the repeal of “Don’t Ask Don’t Tell.” I learned fast that even though the policy changed, the people didn’t change.

I joined the military because I wanted to follow in my cousin’s footsteps in the service. I served in the U.S Army as a medic. I studied, I worked hard, I deployed, and I have provided care to soldiers in Afghanistan and Garrison.

I was verbally harassed by other soldiers from basic training all the way to my first unit. A Sergeant would put an M4 in my face and threatened me to sound off like a man; Sergeants and Officers would make sexual advances at me to the point where I was even sexually assaulted. I received a lot of inappropriate questions about who or what I was intimate with, if I was sleeping with so-and-so, and I was called gay because queer was an identity my peers did not understand.

I had soldiers tell me that they were surprised that I didn’t quit the military due to all this harassment. I wanted to prove them wrong, that I was able to do the work, and that I was in fact a real soldier. In different units, I always endured those who were not accepting and I always had a thinning support system of open-minded comrades who considered me part of the unit.

As a veteran, my transition back into civilization was anything but easy. I wanted three sides of triangle; being Asian, being queer, and being a veteran.

While scrolling through Facebook I saw an advertisement to get involved with veterans in cleaning and planting at Bronx River Park. Veterans volunteering of their own volition? I wanted to check this out.

In going to this event, I met a lot of great people. Some were Army, some were social workers, and most importantly, all were kind-hearted people who cared about something bigger than themselves after service. I wanted a sense of community with other veterans who cared about civic engagement. I wanted to be more engaged with The Missions Continues.

I applied for The Mission Continues Service Leadership Corps in hopes of finding a community that would accept me for me, and I did. Volunteering with The Mission Continues reminds me why I wanted to serve in the military. I get to work with an amazing group of veterans through the Service Leadership Corps and I get to partner with other veteran service organizations.

On this journey, I have felt comfortable in my own skin, sexual orientation, and non-gender expression. Being a part of The Missions Continues has helped me find open-minded veterans where I do not feel like I have to hide who I am, and most importantly, where I feel safe.