The Mission Continues Volunteer in a Garden

The Mission Continues is proud to launch OPERATION NOURISH—an initiative that prioritizes veterans’ mental health by mobilizing them in service of combating food insecurity.

A national survey in late April found that more than 17 percent of mothers reported that their children under the age of 12 weren’t getting enough to eat because the family couldn’t afford enough food —a more than 400 percent increase from when the government last measured hunger rates in 2018.

In San Antonio, Texas, 10,000 people waited for hours to receive meal boxes from a regional food bank in April. In Pittsburgh, Pennsylvania, hundreds of families have been showing up for weekly food pickups at the PPG Paints Arena. And in Sunrise, Florida, cars stretched for nearly two miles, while people waited at a Feeding South Florida food bank site.

For the first time in our history, we will mobilize our highly trained volunteer force in service of a singular issue–food insecurity.

The ability and desire to adapt and overcome is part of a veteran’s DNA, and evidenced by the thousands of people waiting for hours for food boxes, the mission is urgent and clear: to combat food insecurity in under-resourced communities where we have a legacy of service. 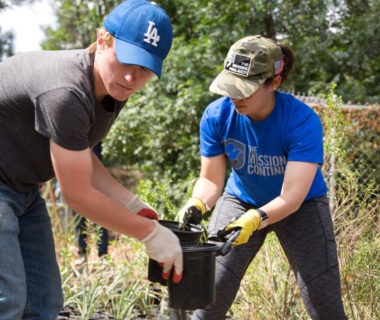 Donate today and ensure veterans have the resources they need to complete their mission. 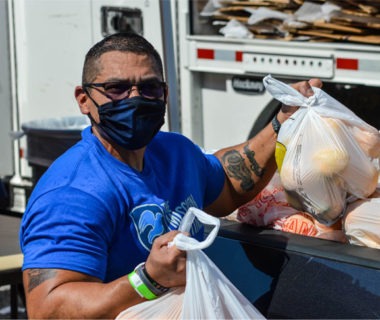 New Operation Nourish projects are being added every day, find a volunteer event near you. 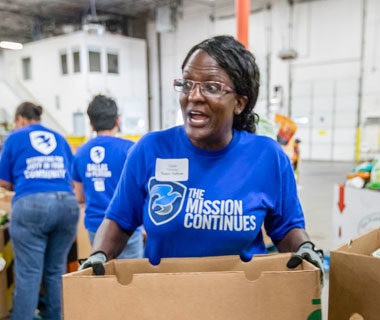 Report for duty at home or individually, and share your impact as part of Operation Nourish. 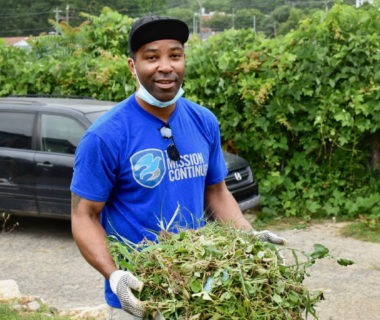 Support Operation Nourish by hosting a fundraiser in your own backyard—or virtually! 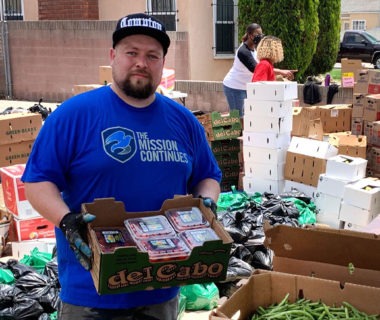 Share Operation Nourish on your social media, send emails to your friends and family, and more.

If you’d like to partner with Operation Nourish, contact
Melissa Gruber, Manager of Corporate and Foundation Partnerships at mgruber@missioncontinues.org 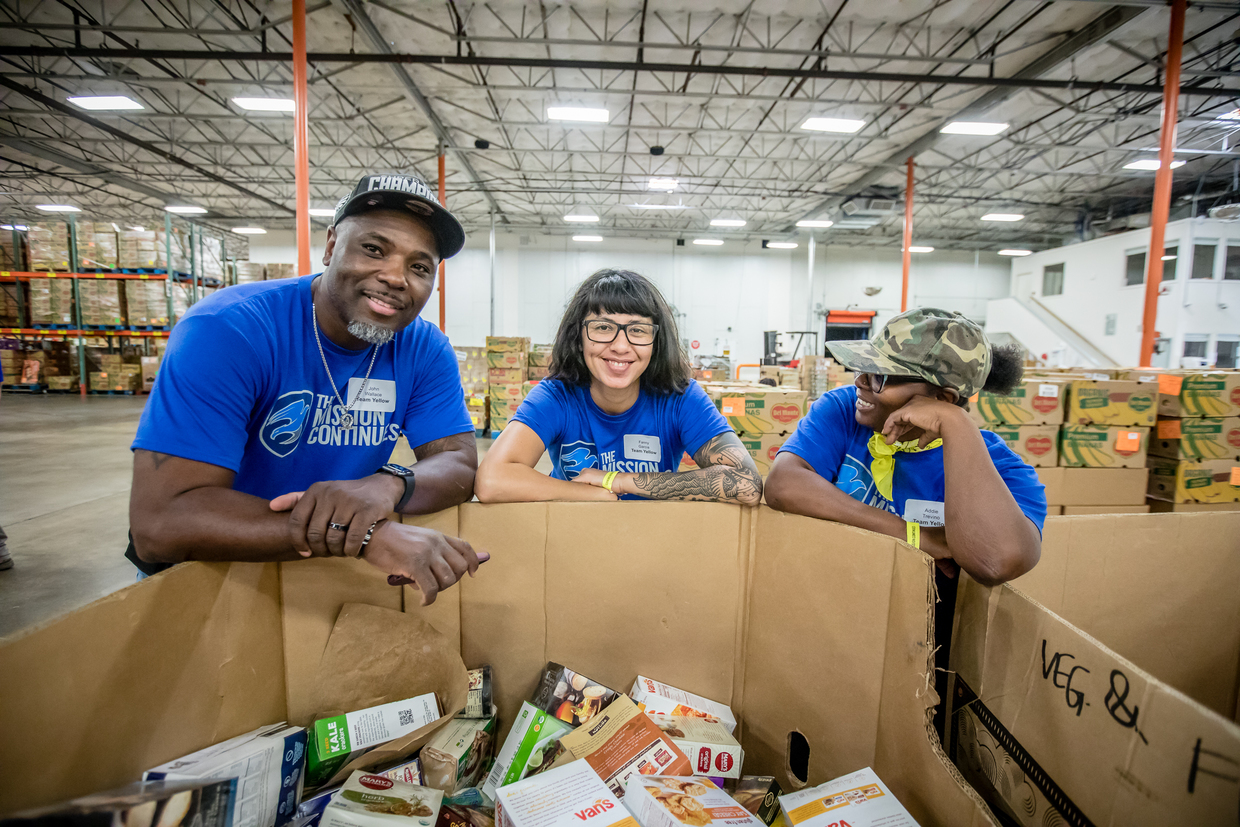 Why Us— and Why Now?

COVID-19 has irrevocably changed the world we live in. It has exposed and exacerbated the underlying fragility of our social support systems. Loneliness, social isolation, job insecurity have all seen sharp increases, which takes a huge toll on mental health, and the veteran community remains disproportionately affected by that.

But that’s not all.

The communities in which we serve are being disproportionately impacted by the pandemic—most notably around issues of food insecurity. Lines of cars snaking for miles to pick up food from local pantries, food banks, schools, and otherwise have become commonplace. Since the beginning of the pandemic, rates of household food insecurity have doubled and the rates of childhood food insecurity have quadrupled. And the volunteer forces that traditionally support this work—many of whom are older Americans and at high risk for COVID-19—are depleted.

And food insecurity affects veterans as well: A study by Cambridge University conducted in 2015 found that about 27% of veterans that had served in Iraq or Afghanistan wars were food insecure and a 2018 study showed more than 1.5 million veterans live in a household that completely relies on SNAP to supplement their food intake.

By any metric, this is a crisis.

The Launch of Operation Nourish

We’ve seen incredible support in our platoons across the country over the last few months, who have continued to meet the need in their communities—but we need even more support to continue our work. With more than 50 community partners in our existing network focused on food insecurity in under-resourced communities, we are uniquely positioned to tackle this issue head on.

As part of our three-year strategic plan, we chose to focus our advocacy work around mental health and wellness in the veteran community. This is already a topical issue, but the last few months have pushed it even more into the foreground. Continued service and peer support is a proven approach to mitigating the negative factors impacting mental health of veterans, and our work, shown in the Empowered Veteran Index, is designed to offer exactly those kinds of opportunities.

And of course, the boots-on-the-ground efforts in combating food insecurity are another way we’ll support that. This work is building on work that our platoons are already doing around food insecurity, some for years already, and some who have pivoted in response to the current crisis. We plan to align our response to three pillars—distributing food, increasing food support capacity, and growing food—but as always, local platoons are encouraged to create opportunities that address the unique needs of their local communities.

Take a look at what platoons have accomplished:

Join a platoon near you—or online—to serve. Here are upcoming events that focus on meeting the need of food insecurity. More events are being added each week. Sign up for a platoon near you for event information in your area.

Can’t join an event? Consider a donation to support our ongoing work.

X
LEARN MORE
FIND EVENTS NEAR
Type in a ZIP Code, or City and State
DISPLAY:
MAP
LIST
Nearby Events