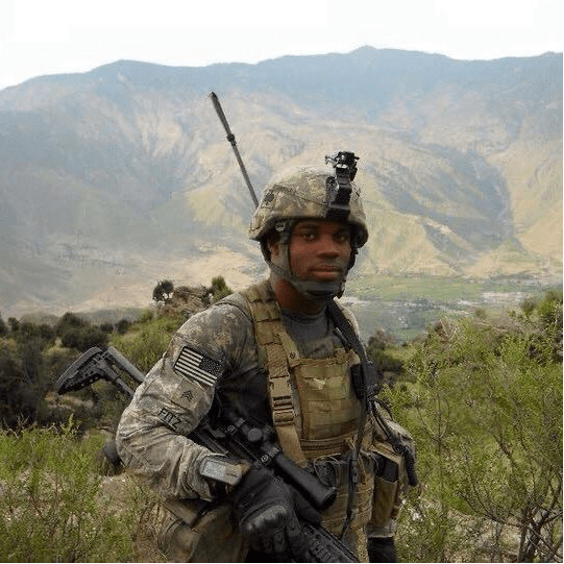 James’ story is part of “Beyond 9/11: Operation Enduring Service,” a campaign marking the 20th anniversary of the terrorist attacks on September 11th, and kicking off the next 20 years of a veteran-led service in our country. Be a part of the largest collection of stories from that day. Submit your story HERE.

I never saw myself in the military, but I do think that 9/11 was one of those events that sparked that activation within a lot of people, including myself. It’s that contemplation of what I can do at this moment? What can I do?

I was in my hometown of Columbia, Tennessee, when 9/11 took place. I was in high school after both planes hit the towers and they collapsed. We were sent home early that day. I was the first one to make it back home so I was able to watch more directly the aftermath of the towers falling, the attack on the Pentagon, and just that whole situation unravel. I was doing it alone. It took a while for my brother and mom to make it home from work, so it was just me trying to absorb this moment. I had no real reference for New York City, but it was still such a powerful event that it was one of the first times in my life that I felt connected to the country and to my community as a whole. We’re all taking a collective pause as this is going on. What I remember about that time is crying. I’d never expressed that kind of emotion for an event that happened in a place that I’ve never been. It really did bring me that feeling that I’m connected to everyone else because we’re all in this moment holding our breath, trying to figure out what’s happening.

When the time came to be an adult and answer that question, “What can I do?” One of the clear choices was joining the military, which I did at 19. A lot of the passion that I held inside, not only for service, but for helping others really stuck in my mind when I was watching the events unfold on 9/11. It was a domino effect. 9/11 happens, it activates a good portion of those who are willing to serve.

I joined the Army as an infantry soldier, 11 Bravo. My recruiter described what the military needed during this war. He said what we need more than anything are people that are willing to be on the front lines and be the tip of the spear for the armed forces. The infantry has such a rich reputation throughout the United States Army that it was something that called me. If there is the ability for me to physically be on the ground fighting this war for my country, that’s what I want to do. I did deployments to Iraq and Afghanistan in 2010 with the 101st Airborne. I was injured on a deployment just a few days after Veteran‘s Day so that’s always something that I keep in my mind when that day rolls around. I accomplished everything that I wanted to during my military service. One of the greatest gifts that I was provided through military service was being a leader. I helped to lead others so they could be successful within the military, and then lead others into those positions. 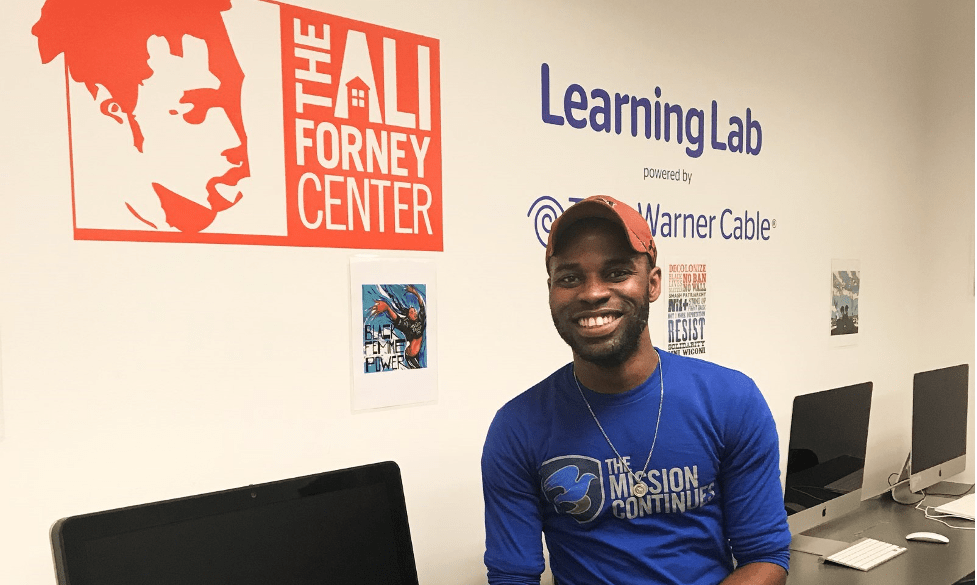 After the military I moved to New York. The first thing I decided to do was find my veteran community. I didn’t know what I was going to do for the next 20 years but I knew I wanted to serve. After a little bit of searching, I found my veteran community through The Mission Continues. I went to a volunteer service event in the Bronx and met other people that had a military background, sounded like me, and had some of the issues that I was going through. It was an astounding feeling.

Throughout my childhood, and while I was in the service, you’re able to see firsthand how you’re helping. Whether it’s just picking up garbage or building a shed, you’re able to see how it impacts the community. It reinforces, wholeheartedly, why service is a worthwhile endeavor each and every single day. It empowers me to want to be the best that I could be in my capacity as a service member. The beauty of that service is how our country still remains the shining beacon on the hill. Understanding the sacrifices of the blood, sweat and tears to get us here, but also understanding the remarkable individuals that made it happen and giving them their due service and recognition for everything that they’ve done for us.