Yaritza Perez: Learning How to Repurpose My Service 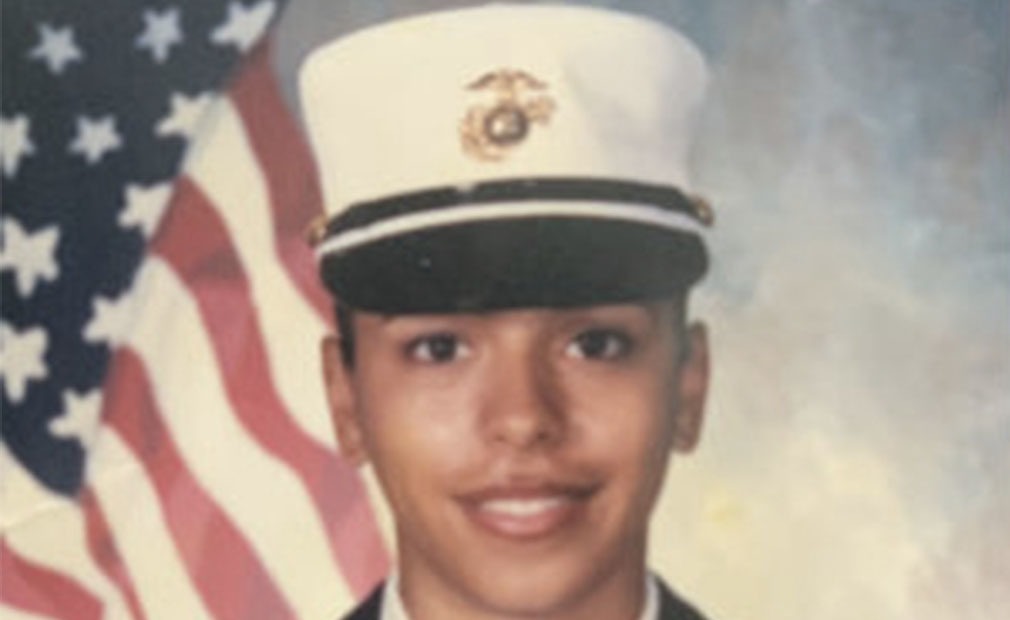 My dad didn’t talk much about what it was like to be a Marine. But every time a Marine Corps commercial came on, he’d stand up and salute the TV. If it was the Navy or the Army, or any other branch, he’d make us change the channel. The sense of excellence—the uniform, the respect, and the commercials, all led me to join the Marine Corps at the age of 17. That was 1999.

When 9/11 happened in 2001, I was away from home for the first time, stationed at Camp Pendleton, had my first newborn baby—just weeks old—in my arms, and was not yet 20 years old myself. My dad, who lived in the Bronx, had told me he was going to go into Manhattan on Tuesday to buy my daughter and I a matching “I ♥ NY” shirt and onesie. So when I saw what was happening on the TV, all I could think of was my dad.

It also dawned on me that this meant we were going to war. I felt an overwhelming sense of duty. I was living my childhood dream of being a Marine, and I was compelled to defend my country. But on the other hand, I wanted to stay with my baby.

I ended up deploying in 2003, where I helped set up fuel lines from Kuwait into Iraq. The justification I gave myself for being away from my daughter was that I was saving the world for her, keeping the fight over there so they don’t bring it over here. To be honest, I didn’t know the real reason why we went to Iraq until many years later. But at the time, it felt like the country was screaming for war, and we answered that call.

After I separated from the military I settled in Florida. I thought I would hit the ground running, especially as a woman, but I didn’t—in fact it felt like it hit me even worse. I didn’t have anything lined up—no job, no school. I was isolated. I kind of spiraled out of control.

The one thing I did was join a golf club. I don’t like golf, but it was a way for me to get outside, be around other warriors, and day-drink without looking bad. Someone from the club told me about The Mission Continues because of their Fellowship Program. I ended up doing the Fellowship Program and got a whiff of that blue sauce. I didn’t realize how bad I was doing until I was around other warriors—and saw that they were doing great. I was so inspired!

I love to be creative and build things; I love helping a community; and I love encouraging teamwork and unity. I do all of those things with The Mission Continues. I’ve learned how to repurpose my service: I served in the military, and now I get to serve my community.

Now as the 20th anniversary of 9/11 is coming, I’m thinking about the fact that my 20 year-old daughter has literally never known a world without war. I wish we could show her and her generation what a world without war looks like. I also think about how we live in such a divided country in 2021. I wish I could show my daughter how unified America felt on September 12, 2001. I don’t want our country to forget that.