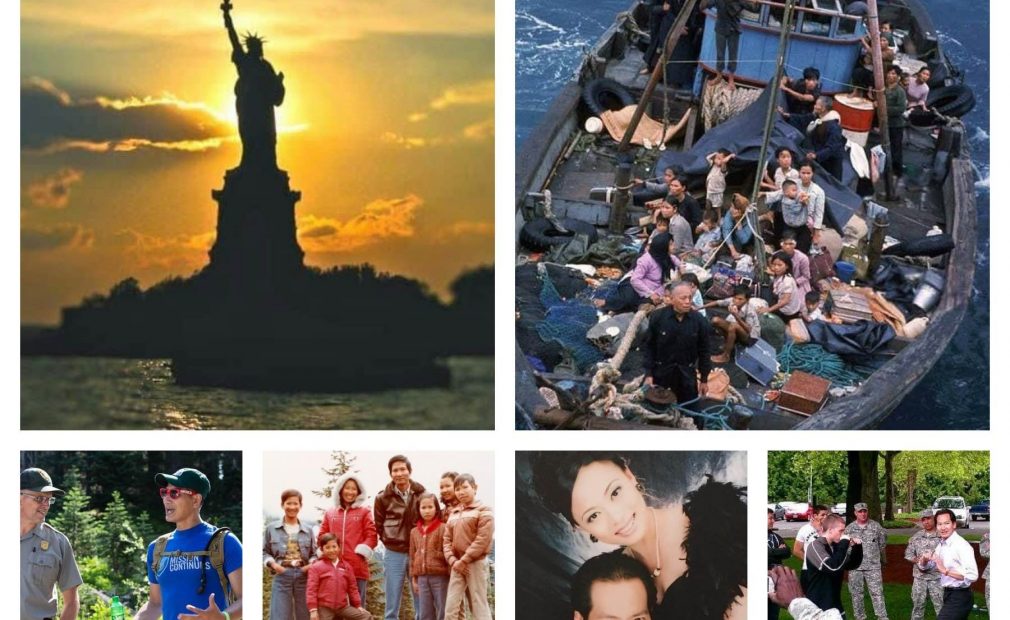 The month of May marks Asian-American and Pacific American Heritage Month, which celebrates the histories of Americans hailing from across the Asian continent and from the Pacific islands of Melanesia, Micronesia and Polynesia. May 7, 1843, marks the arrival of the first Japanese immigrants to the US, and May 10, 1869, or Golden Spike Day, recognizes the completion of the transcontinental railroad, which had significant contributions from Chinese workers.

We are celebrating AAPI Heritage Month with stories from AAPI veterans that explore aspects of our shared American military history. Linh Thai is an Army veteran and a Regional Operations Manager for The Mission Continues. He leads a team of Platoon Leaders working to mobilize volunteers and transform communities across the country. We are proud to share his story with you:

47 years post Việt Nam War … What have WE learned?

On that day, I remembered sitting among other siblings (minus my oldest sister – she was still living in the Mekong Delta), in the midst of chaos, near distant gunshots and exploding mortar rounds. Everything was a blur except for the tears and expressions of fear in my Mom’s eyes. There were talks among my aunts about an ensuing bloodbath. My mom was under pressure while awaiting for news from Dad, who was on his way back from the military depot to decide whether or not we, their children, would be evacuated as orphans to France through the Catholic church and French diplomats (one of my uncles-in-law worked for the French Embassy, I later learned).

We didn’t go … We stayed as a family. The hardships, deaths, injustice, and sufferings that followed fell upon us were no less than the other millions of individuals and families of the losing side. Somehow, the persecutions, the collective poverty, the disappearances, the oppressions, and indoctrination could not extinguish HOPE, extinguish the yearning for FREEDOM, the desire for a better future – or die trying.

What have I learned?
I learned trauma and psychological pains could last more than a generation, but I also learned that healing is possible. I learned that freedom is NEVER free and guaranteeing it is very costly, and I would need to give equal weight, equal measure of devotion to preserve and protect it. And, slowly, I learned to love!

I learned compassion and empathy toward others, no matter how different they seem to be. I learned and tried hard every day to be like the women in my life. I learned that I am a work-in-progress, sometimes experiencing serious setbacks and personal failings; but that I cannot quit and will not quit because that would mean all the sacrifices made would be in vain. I learned to treasure the present moments!

And, I learned that among life’s greatest treasures and joys, the humility to SERVE.

AAPI Heritage Month is a celebration of our history, our culture, and the ways in which our community—especially our veterans—have demonstrated that they are a part of the fabric of this great country. Asian American and Pacific Islanders have been serving honorably in the United States Military, since the War of 1812. To learn more about the contributions of AAPI Veterans in the US Military and throughout our history, check out this factsheet presented by the Department of Veterans Affairs.