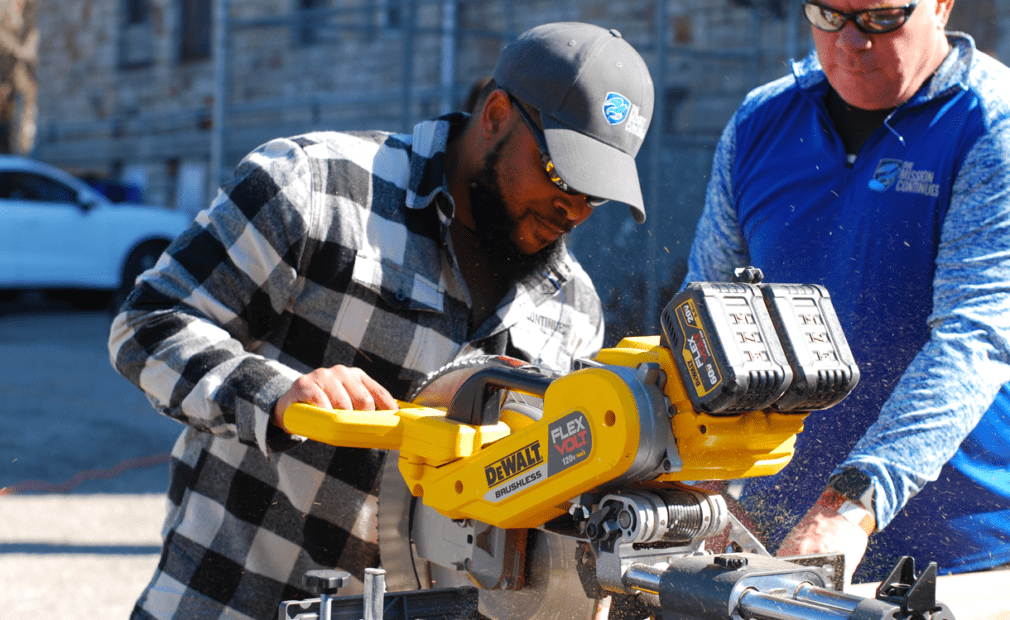 Earl Lundy and his four sisters were raised single-handedly by their mother in South Carolina. “I never had a consistent male figure in my life.” Earl enlisted in the US Army at the age of 20, serving in the 82nd Airborne division, just like his father and grandfather before him. He likewise planned to retire after a lengthy military career. But his time was cut short. While serving in Afghanistan, an explosive device collapsed a house, trapping him underneath the rubble. He spent hours alone in the dark waiting for help. Eventually help arrived, but the damage had already been done. Earl medically retired with a Purple Heart in 2010.

Looking to start a new life with his own family in a veteran-friendly city, Earl chose Houston, Texas as his new home. However, the challenge of post-traumatic stress weighed down on him as he grappled with depression and social isolation. Earl said, “Before I was able to connect with the veteran community, it felt like I was back under that house again–by myself, in this dark hole once again. PTSD put me back in that state of mind.” 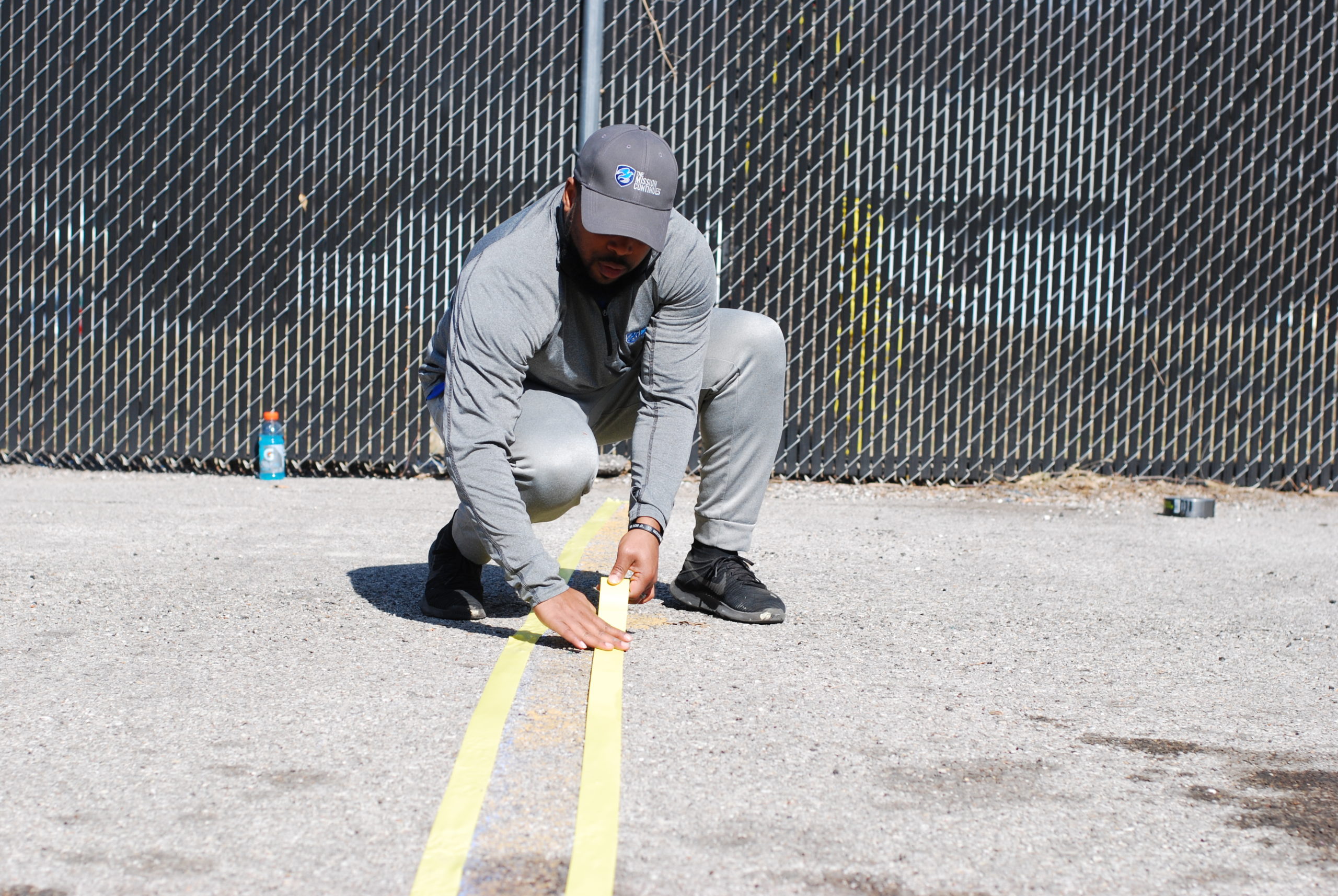 But when Earl made the first step into the veteran community in Houston, his perspective completely changed. “It was so amazing to me, it was like my battle buddies were pulling me out, just as they pulled me out from under that house.” Earl got increasingly involved with veteran organizations in Houston, including The Mission Continues, where he is now a leading volunteer. “I’m not doing this alone, I never was, and now that I’m part of veteran nonprofit organizations, I can see that now.” Today, “I like to believe the veteran network is my extended family.”

In addition to having a new home and even a new career in the veteran world, veteran organizations with an emphasis on volunteerism, including The Mission Continues, have given Earl an avenue to mentor youth going through tough times, especially at-risk youth as he once was. Helping the next generation of youth is his way of paying it forward. “When I started doing that, it gave me a sense of purpose again,” he said. In fact, as a leader of The Mission Continues’ Houston Service Platoon, Earl is at the helm of a collaboration with Jane Long Academy and Las Americas Newcomers School, two middle schools that share a campus. Las Americas Newcomer School is an alternative school for immigrant and refugee students. “A lot of the kids have tragic life experiences, and so the school provides a safe haven,” he said.

Last November, Earl was one of 89 civic-minded veterans who coordinated efforts during The Mission Continues’ Operation Bayou City Blitz to help hard-hit neighborhoods, schools, and community centers in Houston recover from Hurricane Harvey damage that can still be felt today, including Las Americas Newcomers School. 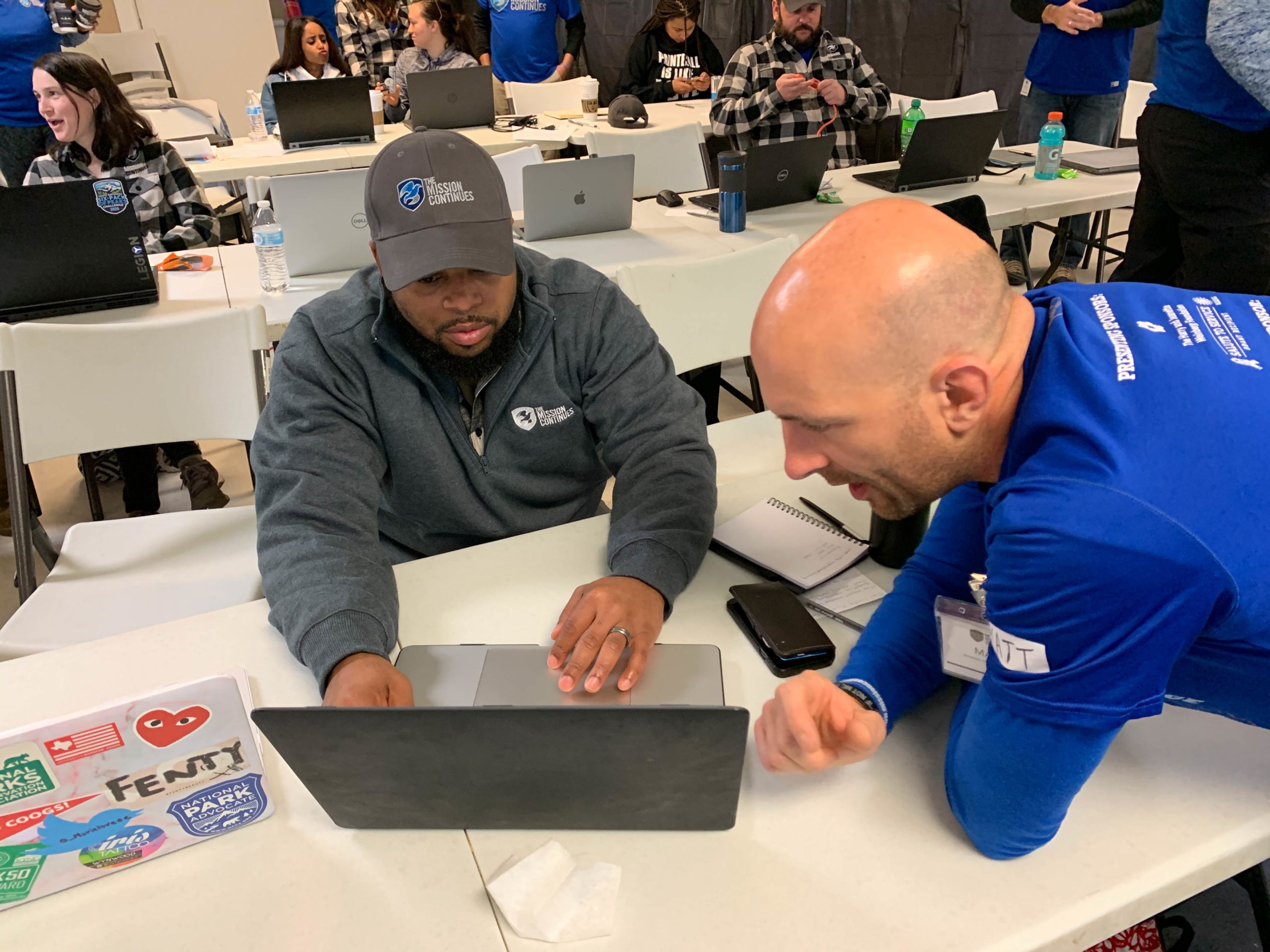 As Earl can appreciate, Houston is an incredible city, home to an incredibly diverse citizenry. But Houston also faces challenges made worse by the lingering effects of Hurricane Harvey’s destruction and the ongoing COVID-19 pandemic. Over three weekends spanning November 7-15, 2020, Operation Bayou City Blitz called upon Earl and other local veterans, community members and partners to help strengthen Houston from within. In five full days of service, this initiative mobilized volunteer power to address these critical needs throughout Independence Heights, Kashmere Gardens, Third Ward, Gulfton and Suburban Heights–areas that are still reeling from Hurricane Harvey.

Our forces were smaller than a typical service project due to the COVID-19 Pandemic, but, as Earl can attest, the impact was still incredible!

The first day of Operation Bayou City Blitz rallied at Las Americas Newcomers School and Jane Long Academy. The shared campus also served as a supply distribution center for more than 400 families after Hurricane Harvey. Our veteran-led team refurbished Jane Long Academy’s outdoor area, building outdoor seating and communal lounge space. At Los Americas Newcomer School, volunteers created a trauma-sensitive garden and peer meditation space while also working to landscape and beautify the grounds. Earl remarked, “Since I was volunteering here before Bayou City Blitz began, I know the teachers are passionate, and it was amazing to be able to do so much in one day. Seeing the kids coming out there and getting involved, and seeing such a big impact spoke volumes for me. That is motivating enough to continue doing what I do with The Mission Continues.”

Day two took place at Blodgett Urban Gardens, a community urban garden serving the residents of Third Ward. The garden is committed to sustainable practices, healthy living and community education in an area that struggles with food insecurity. The facility covers 2.3 acres and hopes to be fully cultivated and operational by 2021. Our team of volunteers helped Blodgett Urban Gardens achieve their long term goal by building and installing additional garden beds and seating, revitalizing the garden’s signage, and more.

Day three brought Earl and other volunteers to Independence Heights, a historically African American community in Houston that dates back to the early 1900’s. Unfortunately, over 65% of the homes in the community were damaged during Hurricane Harvey, and it remains at risk for damage from future storms. The team assisted Independence Heights in refurbishing and repairing important community gathering places including a BBQ shed and baseball field.

Day four marshalled volunteers to return to a focal point of the The Mission Continues Houston Service Platoons: Kashmere High School, which serves students from the Kashmere Gardens and Trinity Gardens neighborhoods. For over five years The Mission Continues has concentrated its efforts to alleviate food insecurity and boost neighborhood revitalization. During the Operation, our team landscaped and beautified the campus grounds, and built outdoor study spaces for students to safely gather.

Earl recounted that OBCB was energizing. “I left motivated and wanted to do more. What else can I do? How else can I get involved? That was my mindset when we were done with OBCB!” He glowed, “It’s about getting more passionate about doing.” In total, 221 community members, including resident military veterans, united through service. “We didn’t know how many people would actually show up, given everything that’s been going on. But the outpour was amazing. People said ‘we need help,’ and people showed up–and that was a beautiful thing to see.” 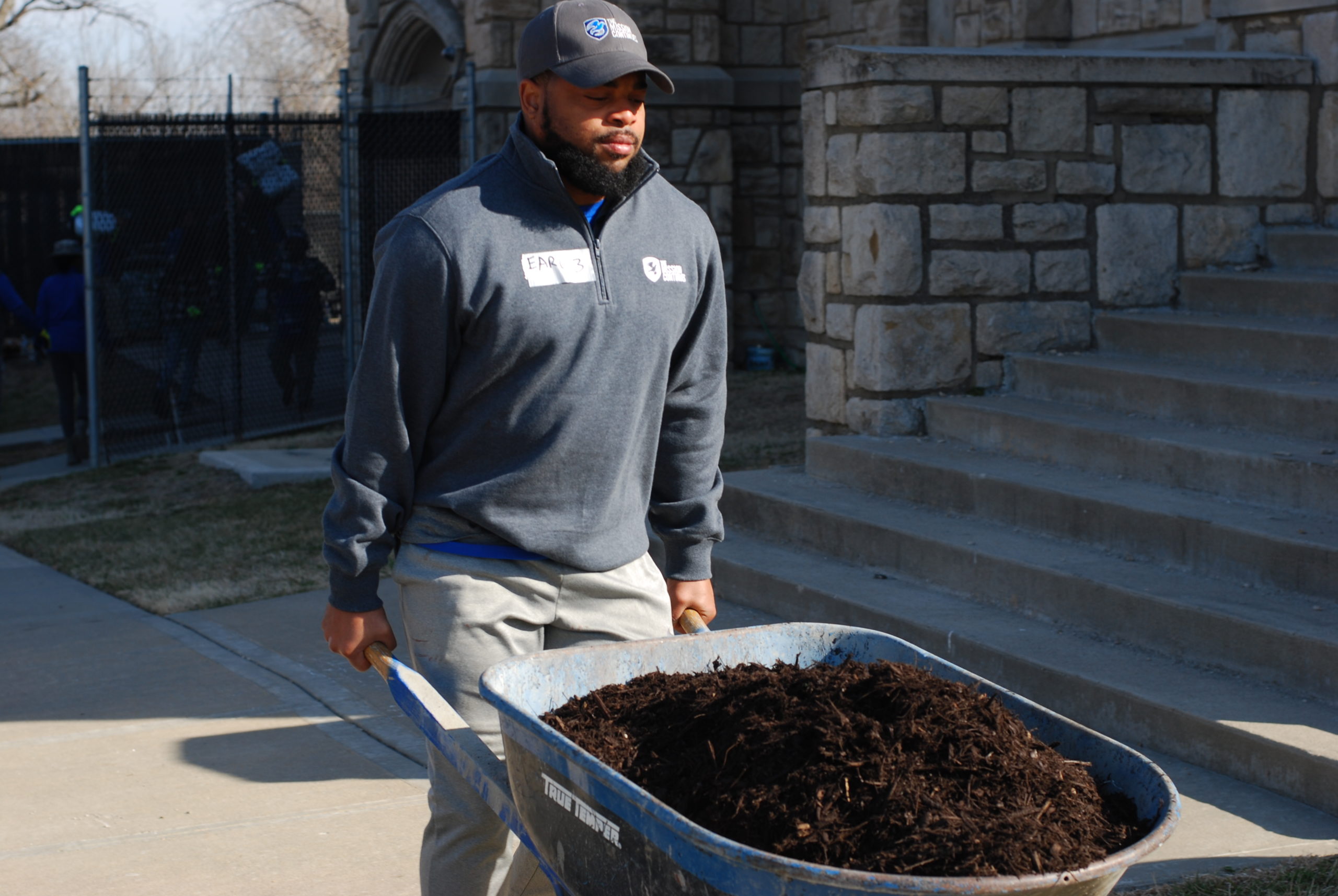 We at The Mission Continues are incredibly appreciative of every single volunteer that helped make Operation Bayou City Blitz a success, from Earl and other dedicated veteran leaders like him who will conduct follow-up and continue to build relationships in the community, to the newcomers who took a chance with us, and ended up making a huge difference for their fellow Houstonians.

What’s next for The Mission Continues in Houston? Lots! Check out our website to get involved–volunteers looking to join the platoon are always welcome. No prior military service required, and you can bring your kids to (most) service projects. Give us a try by signing up for an upcoming day of service.