The Mission Continues Adds Two New Members To Board Of Directors 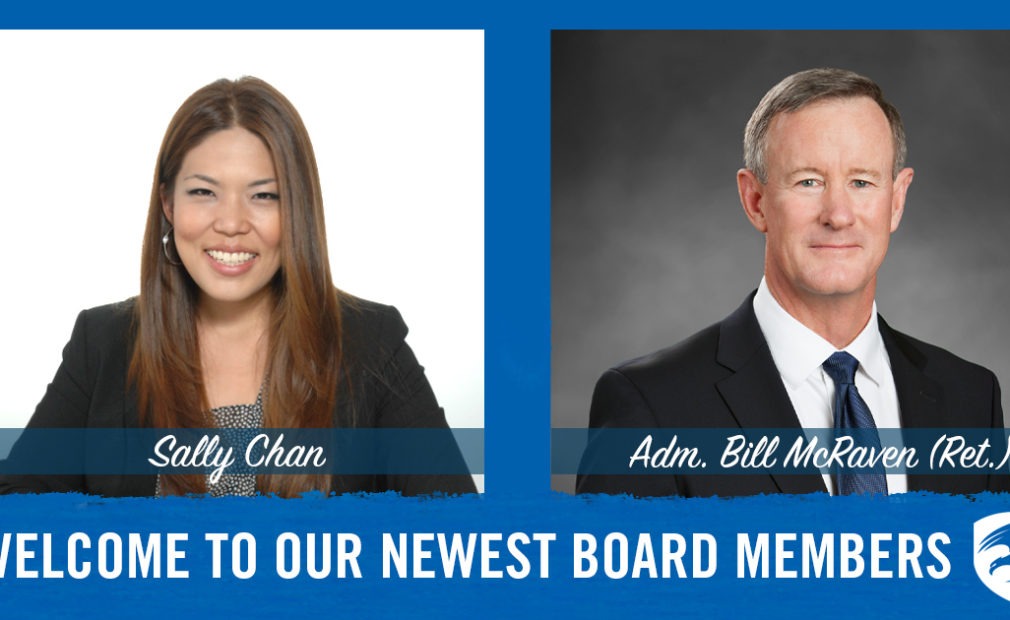 The Mission Continues, a national nonprofit that deploys military veterans in continued service to their communities, is proud to announce two new board members, Admiral William H. McRaven, USN (Ret.) and Sally Chan, who will join the organization’s Board of Directors as of December 2020.

“We are humbled and excited to welcome Admiral McRaven and Ms. Chan to our Board of Directors,” said Mary Beth Bruggeman, US Marine Corps veteran and president of The Mission Continues, “As we continue to prioritize the diversity of our board members, these two leaders will bring unmatched experience, expertise and fresh perspective to our team. We look forward to including them in our mission to create a veteran-led movement of service.”

Admiral William H. McRaven is a retired U.S. Navy Four-Star admiral and the former Chancellor of the University of Texas System. During his time in the military, he commanded special operations forces at every level, eventually taking charge of the U.S. Special Operations Command. His career included combat during Desert Storm and both the Iraq and Afghanistan wars. As the Chancellor of the UT System he led one of the nation’s largest and most respected systems of higher education. As the chief executive officer of the UT System, McRaven oversaw 14 institutions that educated 220,000 students and employed 20,000 faculty and more than 80,000 health care professionals, researchers, and staff.

McRaven is a recognized national authority on U.S. foreign policy and has advised Presidents George W. Bush, Barack Obama and other U.S. leaders on defense issues. In addition to The Mission Continues, he currently also serves on the boards of the Council on Foreign Relations (CFR), the National Football Foundation, the International Crisis Group and ConocoPhillips.

Prior to joining Warner Bros., Sally spent 11 years with The Walt Disney Company, where she was responsible for developing a sustainable approach to implementing Disney’s ethical sourcing practices and ensuring that factories adhered to the Code of Conduct for Manufacturers. Sally also proudly served on Disney’s VoluntEARs Leadership Council to provide guidance on local volunteer opportunities to support the Company’s community outreach efforts. She is currently serving as the Board President for The Holliston Foundation and is a Board Member for USC’s Brittingham Social Enterprise Lab and Engage Public Safety.

McRaven and Chan join a Board of Directors composed of industry leaders in defense, finance, education and more who are committed to empowering veteran-led impact in communities nationwide.