Taking Action, Today and for the Future 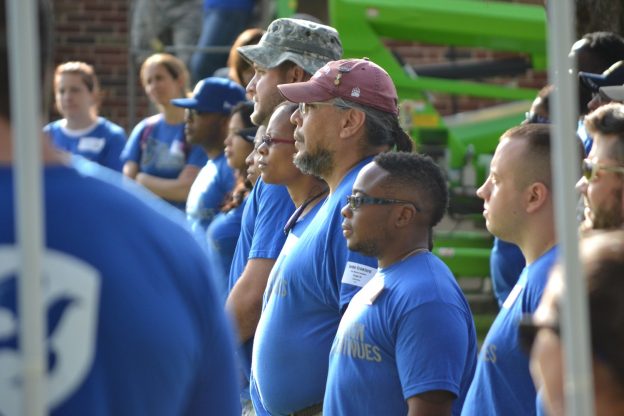 The only thing bluer than the bright April sky was the t-shirts that the volunteers wore. On a sunny day, more than 100 veterans from The Mission Continues converged on a park in North St. Louis. They came from all points across the country to revitalize a valuable outdoor educational space for kids from the Ferguson-Florissant School District. In a community still healing from discord and disunity, this diverse group of men and women joined forces to contribute to its restoration and renewal.

Their project in North St. Louis lasted an afternoon, but their commitment to continue serving had only just begun. Some would return home to begin a six-month fellowship at an organization in their own city. Some would leave to begin leading a service platoon in their own community. But their task that day was shared: to take action – as veterans – where they were needed. In doing so, they demonstrated to future generations that today’s veterans are answering a call to take part in the continued strength of our country, here at home. 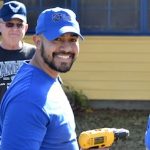 Fellows take a new oath of service at Bravo Class Orientation in St. Louis in April.

In our newly released 2014 annual report, you can see how thousands of veterans have answered that call nationwide. You’ll find stories of veterans overcoming challenges and thriving as they build new connections with communities—and with each other. 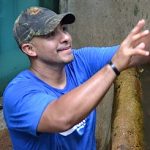 The team at The Mission Continues is privileged to support these veterans every day, and they deserve our best. I’m proud of our team – and am happy to report The NonProfit Times has named The Mission Continues as a top career destination for a fourth consecutive year. And good news—we’re hiring—so that we can serve with even more veterans.

We’re certainly not letting up. New fellowships and new service platoons will engage thousands more veterans this year who are willing to take action in our communities.