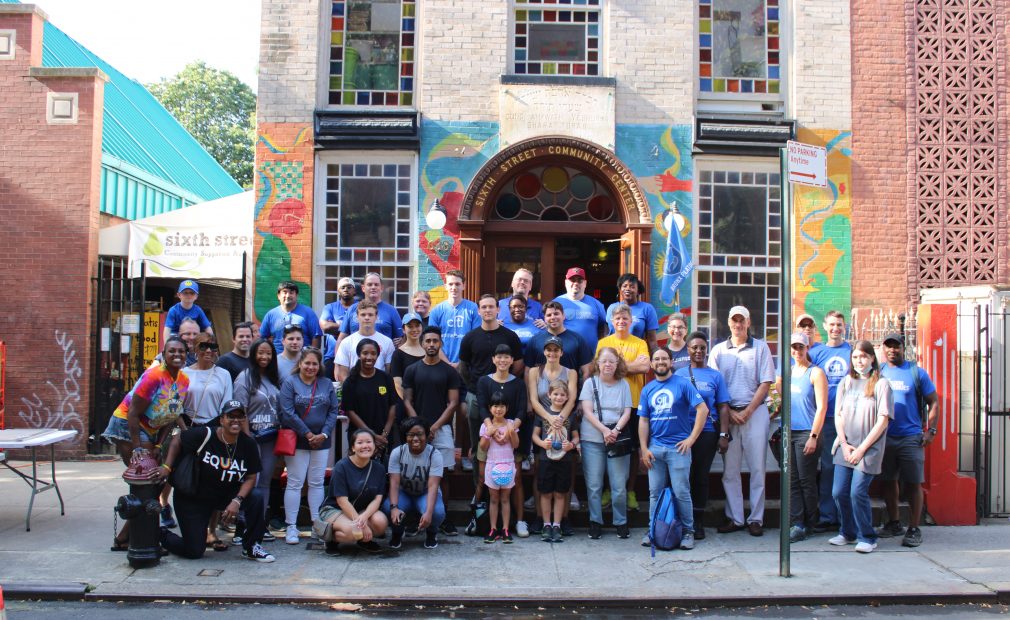 This year marked the 21st anniversary of the tragic events of September 11, 2001, which took the lives of nearly 3,000 people and launched The Global War on Terrorism. An entire generation of Americans were called to serve in the wake of that day and many of those are now veterans who live in our communities across the country, holding on to a desire to continue serving.

Throughout September, veteran and non-veteran volunteers joined forces for a day of volunteering in their communities. With the help of dedicated community partners, selfless sponsors, and volunteers from every corner of this nation, our veterans honored those who served and sacrificed in the wake of 9/11 by continuing to serve in our country’s under-resourced communities.

Take a look at some of the service projects that were done in honor of 9/11:

Veterans and volunteers from across the five boroughs of New York City built little libraries and delivered them to multiple schools. Because of the efforts of the NYC platoon, they were able to supply libraries and books to New Yorkers throughout the city. This massive undertaking would not have been possible without the support of partners like New York Restoration Project and 6th Street Community Center, as well as volunteers from Columbia University, Amazon, Drexel Hamilton.

We partnered with the National Football League during their Kickoff week. Veterans, volunteers, and former Rams players teamed up for a community service project at the VFW Post 5394 in Compton. We were honored to serve alongside veterans, partner veteran service organizations like our good friends at the Bob Woodruff Foundation and members of the Compton community.

The Chicago Platoon’s veterans and volunteers served at the community garden “Sembrando Bajo el Sol” in partnership with Enlace. The service project focused on completing a stage for Enlace’s youth programming, as well as cleaning and organizing the garden. Volunteers enjoyed music and a vegan taquiza.

Out of this suffering and sacrifice, there is reason to hope: a sense of community and a sense of service to that community. The creation of a national day of service on September 11th each year is an opportunity to give back to communities across the country and join together in service, unity and peace in memory of those whose lives were lost that day.

About The Mission Continues

The Mission Continues is a national veterans organization dedicated to empowering veterans as community-based leaders. We invest in veterans and under-resourced communities, developing new skill sets and equipping a growing veteran volunteer movement with the tools to drive positive change. We deploy veteran volunteers in more than 40 cities nationwide alongside nonprofit partners and community leaders to improve educational resources, address food insecurity, increase access to parks and green spaces, foster neighborhood identity, and more. Through this unique model, veterans are provided opportunities for personal connection and professional growth while generating visible community impact. This work is made possible through the generous contributions of our mission partners.