Raul Juarez: In Service of a Higher Purpose 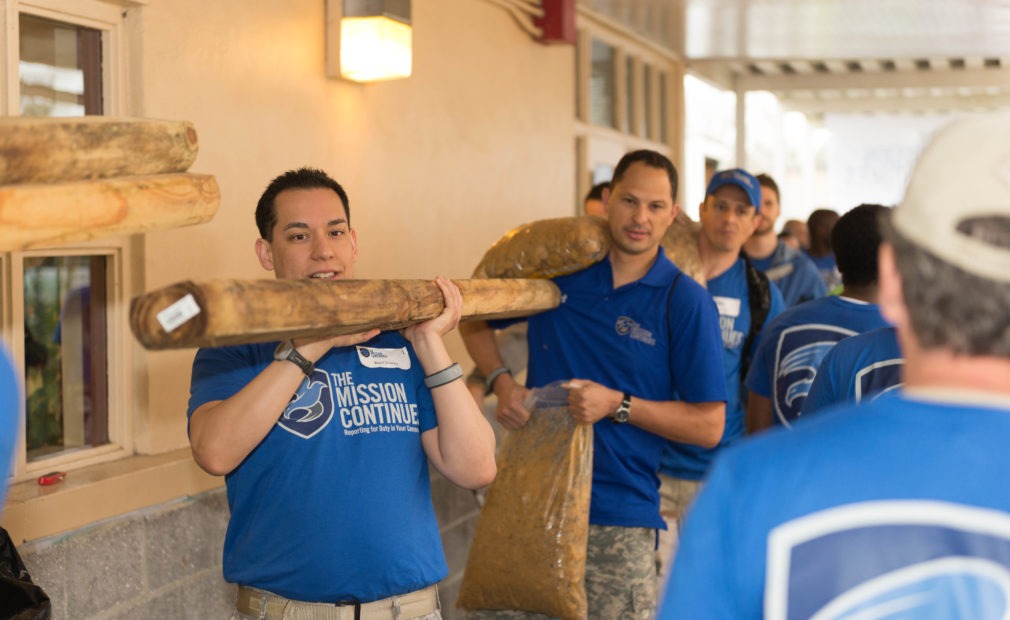 I grew up in Newark, New Jersey. As a young man, I had a lot of behavioral and anger issues and made a lot of negative choices. I hit a point where I realized I wanted to make a drastic change in my life so I didn’t end up dead or in jail. I wanted to serve, to learn, to be challenged. It was this motivation that inspired me to join the military, and it was this decision that changed my life in every way possible.

I enlisted in the Air Force in 2000 and became an intelligence analyst. In 2001, I was stationed in Kansas. The morning of 9/11 I was watching TV. They said a plane had crashed into the World Trade Center, and that the pilot had (strangely) not seen the building. When the second plane hit, the world stopped. I grew up 30 minutes from there, the twin towers were a staple of the skyline for me, like the Statue of Liberty. My sister worked at the World Trade Center. Luckily, she left for vacation the week before (Having worked in the building for ten years, she was lucky to also have missed the bombing in 1993 by a couple of days as well). Like with the pandemic, everything stopped. One of my friends, David Hannon, was a firefighter with the FDNY who didn’t make it out. That was hard. It changed everything for me. It motivated me to be better. I felt like I had that responsibility to give it my best.

Everything in the military changed overnight. I had to grow up fast. On September 11, 2002, I deployed to Bahrain to support our efforts in Afghanistan. I made peace with the fact that I might not make it back, and accepted that it would be in service of a higher purpose. In 2006, I was injured in Iraq, and couldn’t serve anymore.

When I came back into the civilian world I had no degree and no job lined up. A lot of my passion was gone, and I struggled a lot with that transition. Volunteer service was an important part of my formative years before the military, so when a friend told me about The Mission Continues in 2014, I was interested. Volunteering in Newark made me focus on something bigger than myself. It grounded me and helped me have a new perspective on my own life. Ultimately, The Mission Continues helped me find my place in the civilian world. The relationships I have cultivated over the years through The Mission Continues are really strong. It feels like I’m serving again—the camaraderie I had missed so much came back. Even though I had tried to replicate it in the civilian world, I just didn’t get the same feeling until I started volunteering with other veterans. The Mission Continues has been a big part of my life over the past several years—it motivates me to be better, and I’ve seen growth in myself as a person.

In the next 20 years, I’m going to continue helping people. As an educator at a treatment center for students with behavioral and emotional needs, my job entails helping individuals who have gone through abuse and neglect, among other things. I am also working on my dissertation, in which I am trying to understand the common obstacles that veterans face during and after their transition back into the civilian world, and how it is manifested in mental disorders. Ideally I could use this to develop a program to help many veterans heal.