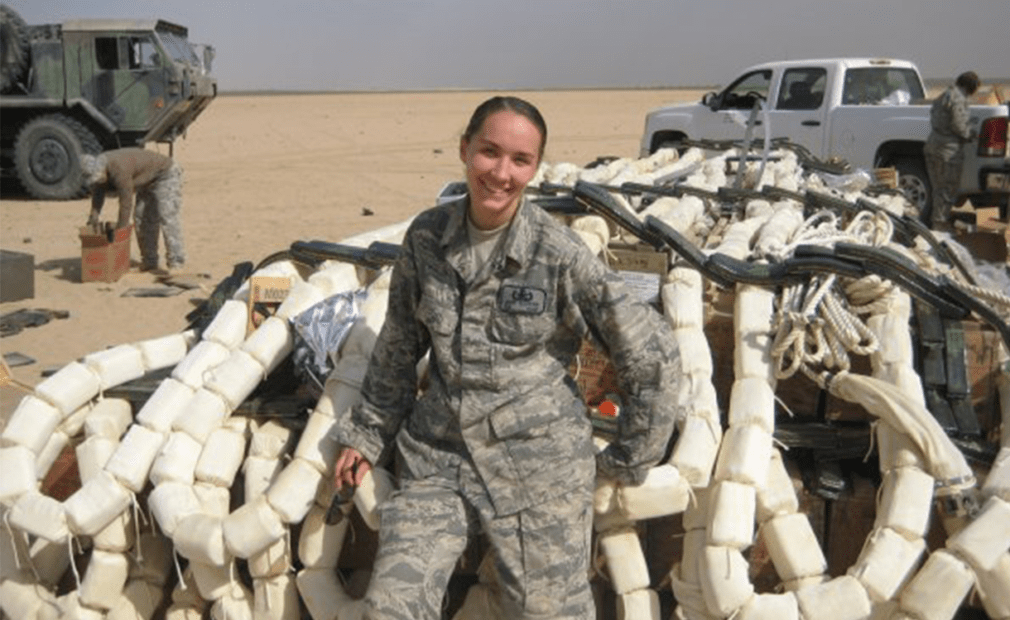 The inaugural cohort of the Women Veterans Leadership Program was tasked with a capstone project of writing their own transforming/emerging story, one of four story types that make up the Storytelling Project Model. Below, we have featured one of those stories.

When people first look at you, who do they see? When you look at me, who do you see?

When I was young, my family was poor, but we lived in an affluent town. Outwardly no one saw the struggles that I faced as I seemed to fit in with those around me. Few knew that I was one of forty students out of 900 who was getting free lunch because we lived well below the poverty line. Whatever a poor kid was supposed to look like, I did not look like that, and my struggles and challenges went unseen and unacknowledged. This became an early lesson in my life and a theme that would be repeated throughout my adulthood. I started learning then that others’ perception of my reality existed beyond the inner reality I was living. 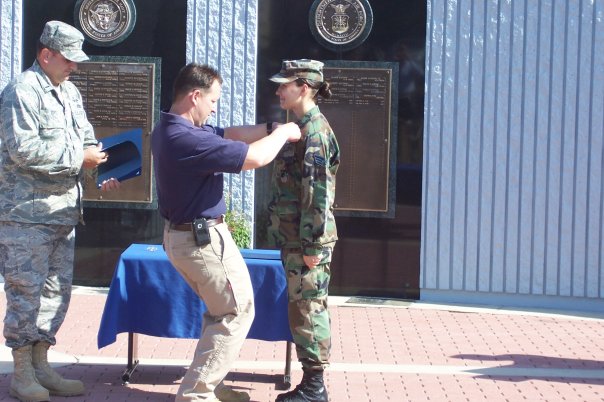 When I was young, I lived according to my own rules and went mostly unbothered by the ideas of the mainstream; and after I had been in the Air Force for a few years I finally found my calling: Explosive Ordnance Disposal (EOD). It’s a small career field that is built of all four branches of service. There aren’t many women in it, but at the time I didn’t care or even concern myself with that fact. I loved my job and the camaraderie; we were all a team, a brotherhood, and I truly belonged. While deployed, when we walked into the chow hall everyone noticed our uniform looked different with the giant letters “EOD” on our arms. I felt immediately understood and respected by other service members.

It was during deployment that I was reminded of my early life lesson: there will always be somebody else writing a story in their mind about you. A few hours after a very bizarre encounter, while conducting an operation and running from a sandstorm, my team leader and I found ourselves at a comedy show put on by the United Service Organizations (USO). We arrived late and ended up front row. The entire audience was in their physical training uniform (as required), including us, so it was a homogeneous crowd. I laughed a little too hard at a joke poking fun at the new uniform and how it made us look like cheerleaders, and I wound up on stage. 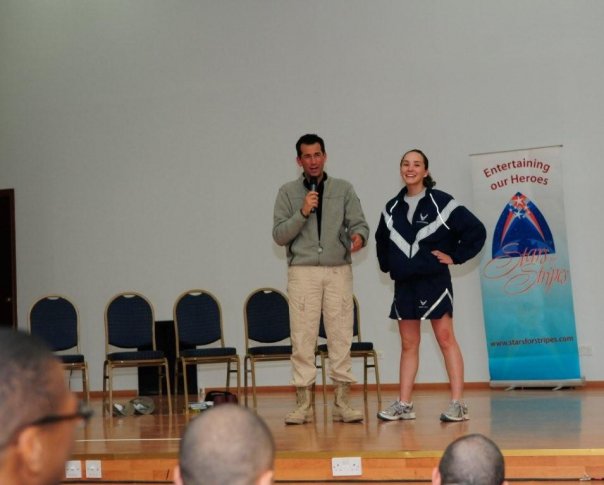 The comedian immediately started in on how I must be a secretary and that my counterpart and I must be in an intimate relationship. I laughed as I told him he was way off.

Puzzled, he asked what my job was, and I told him I was in Explosive Ordnance Disposal. Immediately the script changed, and I was ordered to get the f*ck off stage. He said he had nothing but respect, but EOD guys are nuts.

This moment was a sharp reminder that my untold truth was important, and that if I wasn’t wearing it on my sleeve, no one could immediately see it. My inner story was not my outer story. I did not know then how important that would be until after my final deployment. When I got home the final time, there was no playbook for people like me, a mother who missed a first birthday and a year of holidays, a wife to a now wounded-in-action and broken husband, and a woman who was also a combat veteran. Maybe one or two of those things could have been understood—maybe if I told my story right away, I would have saved myself heartache—but instead I followed the story told for me. 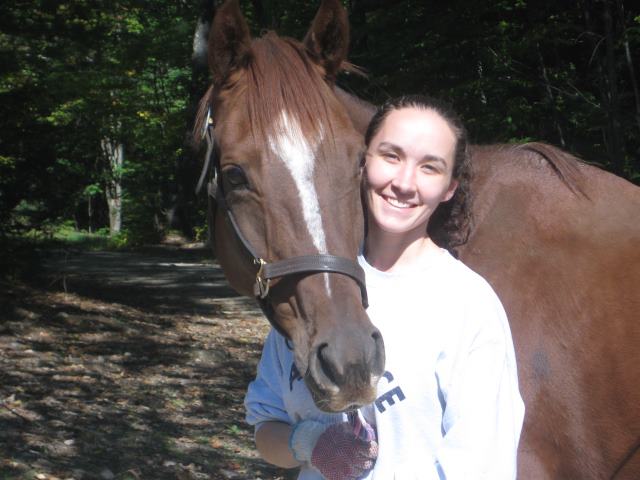 I was to be a good wife, a good mother, get out, get a job, and carry on. So, I did, and on the outside, the story did not reflect the inner me. I was broken and struggling and making choices that were not my own. I began to fail. Reflecting over my childhood and early adulthood, I had always gone my own way and lived up to my own standards, and I was exponentially happier. Now, I had followed the path that I was supposed to follow, and it was destroying me. Ultimately, the story that was told for me did not tell how a woman’s experience is more complex and far less accepted by the common narrative.

Oddly enough, my life turned around when I got a letter for VA health insurance. The letter stated that I was a woman combat veteran and I was the highest priority to enroll. This struck me. I was in some way being acknowledged; I was not a lazy, dysfunctional, odd person. I had had experiences that were now being recognized. From that point on, I was going to change my life back to my life. I not only ditched the narrative, I rewrote it. I got divorced, returned to school, and started telling my side of things. I started participating in VA studies, and then I began talking to the local Veterans Service Organizations about what women’s needs are after they separate from the service. I also reconnected with another veteran who had secured grant funding to start a women’s group. Possibly the most therapeutic experience was talking to roundtables of doctors, graduate students, social workers and OB-GYN doctors about mental health and recovery while pregnant.

The first time I told my story at a roundtable, the room was silent, and I was horrified. Then, the questions came, and the fifteen-minute talk turned into an hour and a half. It was as though I had just shared new discoveries and ignited new interest into what it means to be me, and to be a woman veteran. The hospital’s head OB-GYN remarked that he was grateful that I shared my story with him, and that not only was I not what he expected, but he was blown away by my candor and self-awareness. The complexities of being a woman veteran are still not widely understood or explored. Little did he know, at that point I was so raw from my experience that I had no reason to hold back. I was letting it all out in the hopes of being heard, and I finally was being heard. My next step was listening to myself and taking back control.

Now, I live my life for me. I do not need or want a husband and a white picket fence. Having neither is not just OK, it is good for me. The stories told—or not told—about women do not have to dictate how anyone is to live. I understand now that there are stories immediately told about me upon first meeting, but I do not have to live up to them. In fact, if given the opportunity, I will change that story. So at this stage in life, my only hope is to give back to everyone around me in any way that I can. For all women, I want them to live their life according to their innermost desires, whatever they may be, and I wish the freedom of living the inner truth on the outside. 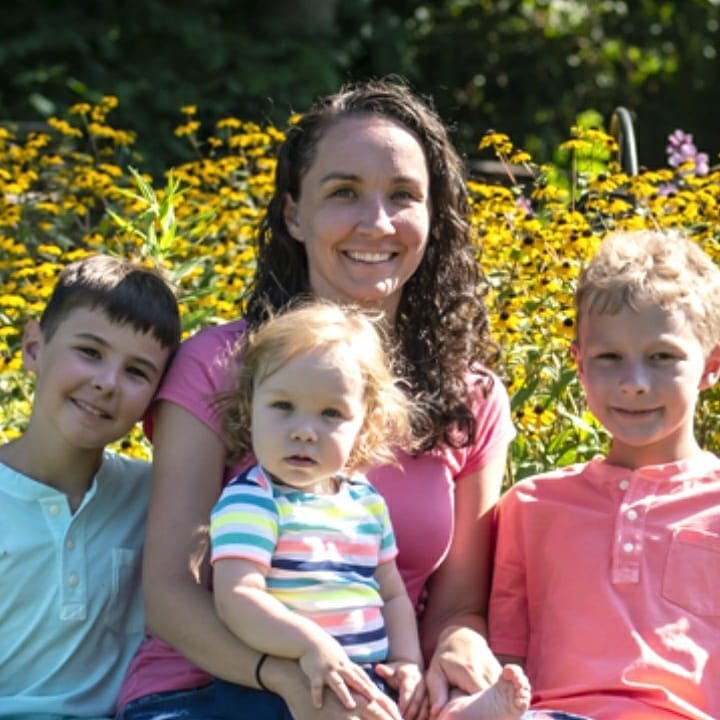 After coming full circle, I knew my next step was to return to the service of others. Not only that, but to empower those that do not fit the common narrative told about them, and that want to live their lives according to their own story. Coming to The Mission Continues’ Women Veterans Leadership Program was an amazing opportunity to not only meet other women veterans who were ready to tell their stories, but to be able to join together in a common mission to help all people break the narratives and live their truths—the truths that they’ve written, regardless, of age, gender, race or class. It has been therapeutic to see my story through and to be joined by so many other women with similar stories, ready to take on the same challenges, and help their communities do the same.