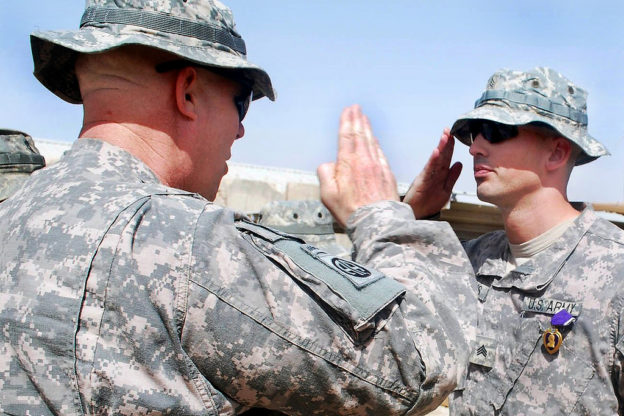 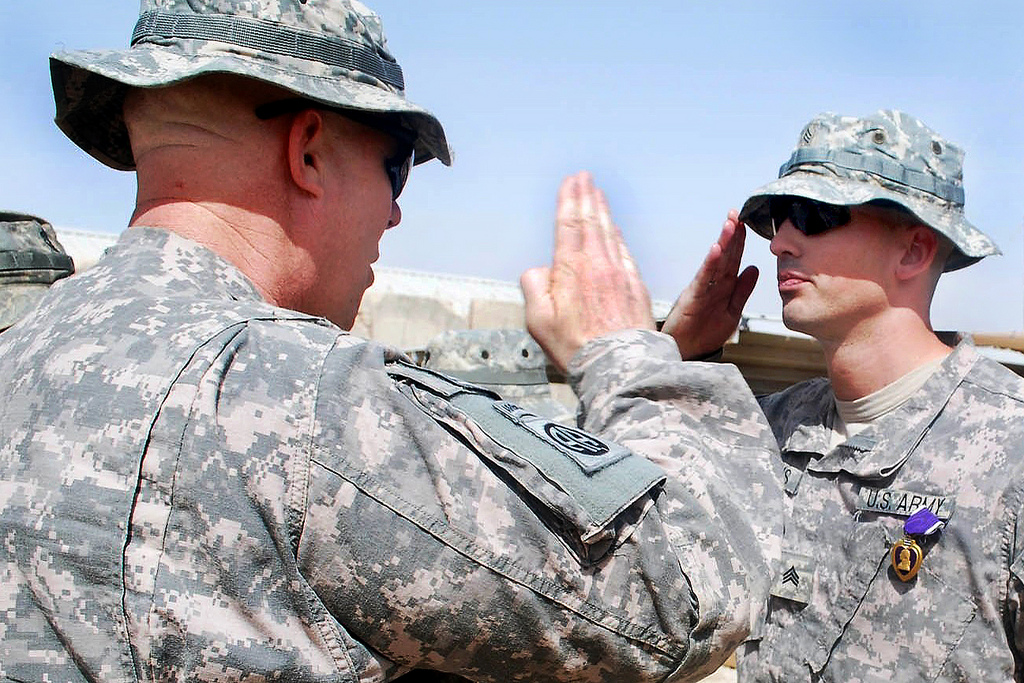 “The General…directs that whenever any singularly meritorious actions is performed, the author of it shall be permitted to wear on his facings over the left breast, the figure of a heart in purple cloth.”

By the summer of 1782, the war of independence was in its final evolutions. The House of Commons had voted to end Britain’s participation in the conflict that spring. The Great Seal of the United States was agreed upon by the new Congress in June, and the Bald Eagle was adopted as the national bird. The people’s attention was finally turning from war to building a new nation.

Aware that the conflict was nearing its end, Gen. Washington sought to create a medal recognizing “not only instances of unusual gallantry, but also of extraordinary fidelity and essential service” to the new nation. From his headquarters in Newburgh, New York, he introduced the Badge of Military Merit, the forebear of today’s Purple Heart.

Many veterans groups and civic institutions now recognize August 7th each year as “Purple Heart Day.”  As the nation’s attention presently shifts more and more from the conflicts of the past decade, it is equally imperative that we recognize the most recent instances of unusual gallantry, extraordinary fidelity and essential service of our veterans.

Join us this week in recognizing the men and women who have earned our nation’s oldest military decoration.