In Pittsburgh, the Story of How I Made My Veteran Identity Meaningful 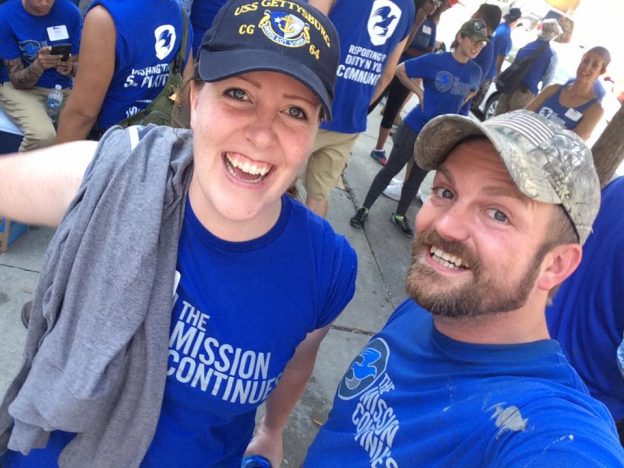 Patricia Gerhauser is a Navy veteran and Mission Continues rockstar. She is not only a fellowship alumna, but is supervising a current fellow, and platoon leader for the Hazelwood Platoon in Pittsburgh, Pa. Patricia was recently selected to attend this year’s Women Veterans Leadership Summit. Read her story to get to know one of our kickass attendees.

Starting Anew After Leaving the Military 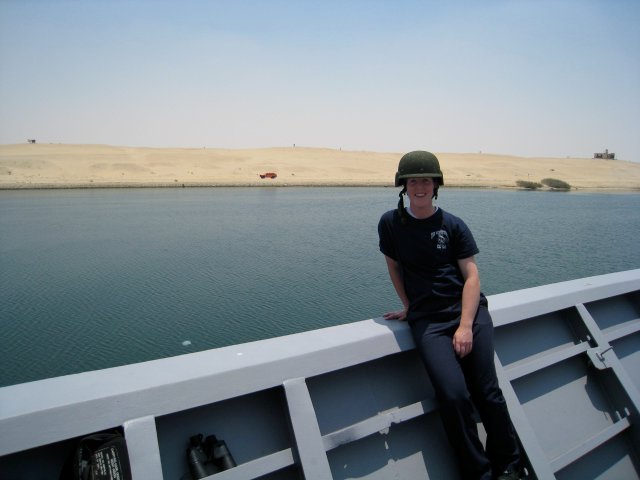 When I got out of the Navy in 2011, I had no idea that I would end up in Pittsburgh, Pa., especially working as a Community Organizer and leading The Mission Continues Service Platoon in Hazelwood.

In the Navy I worked as a radar tactician; operating the ship’s combat and weapons direction systems, surface-to-surface and surface-to-air missile systems, and gun fire control systems. By the time I got out, I didn’t know exactly what I wanted to do moving forward, except to say that I never wanted to work with radars or electronic systems again.

My first year out of the military there was a lot of excitement and a lot of change in my life. My husband and I moved to a new state, bought a new house, had our first baby, he started a new job with a new company and I began my freshman year of college. I think that in many ways this chaos (and the fact that I was able to stay busy) made the initial transition from military to civilian life fairly easy for me.

Struggling to Fill the Void

After moving so quickly through school, I felt like I had hit a brick wall when I graduated; especially when my initial job search wasn’t fruitful. After months of unsuccessful applications and interviews, I began to feel very isolated, depressed and unsure of myself.

I also began to feel annoyed with prospective employers. No one seemed to care about or regard my military service as an asset or valuable work experience. It was difficult going from mastering my work to no one understanding my skills.

I heard about The Mission Continues from Jay Breneman, a Mission Continues volunteer, while I was attending school. Jay was the Veterans Success Coordinator at Edinboro University. He spoke very highly of the organization and of his experiences as a fellow; enough so, that when I found myself floundering in the months after I finished grad school, I decided to seriously look into The Mission Continues and their volunteer programs.

I was hesitant at first because I had spent the last five years avoiding veteran organizations and all other military affiliations, but I decided to take the leap, hoping that through volunteering I could change people’s perceptions of veterans and make connections that would lead to employment.

The Benefits of Being in the Mission Continues Volunteer Family 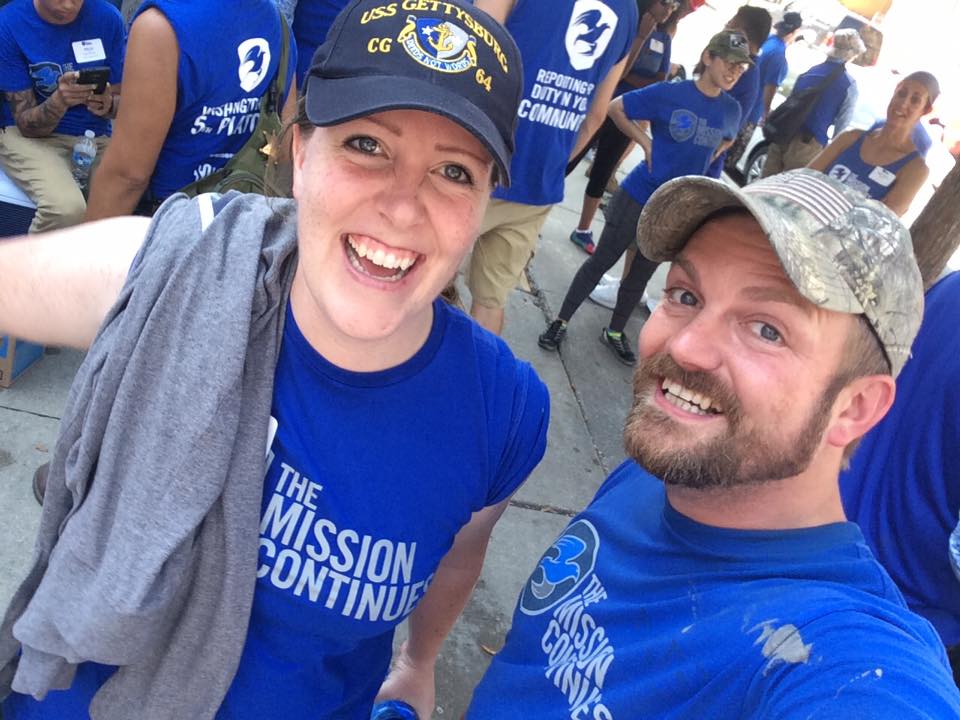 Through The Mission Continues program for veterans who are able to commit 20 hours a week to volunteering, I was able to serve with the Greater Erie Community Action Committee (GECAC) in their Getting Ahead program. At GECAC I was an assistant facilitator for the Getting Ahead classes, which served adults living in poverty and returning citizens.

I worked to plan and coordinate the program and its continuing education events, as well as build collaborative relationships with local organizations and agencies to influence and support Getting Ahead initiatives, and its participants and graduates around the community.

My time with GECAC led to many wonderful relationships, one of which was with a man named Daryl Craig. Daryl runs a nonprofit in Erie called Creative Community Connectors (CCC), which works with the Erie School District and the county’s courts and prison system.

Through my friendship with Daryl, I was able to kick-start my career working for CCC in the Erie Public Schools as a mediator, teaching conflict management to middle and high school students.

As much as The Mission Continues helped me to gain a foothold in the Erie non-profit sector, it did much more to help me embrace my veteran status, get involved in the community and build meaningful relationships with an amazing group of people.

Several times during this six-month volunteer program, I made the two hour drive from Erie to Pittsburgh to serve with The Mission Continues Pittsburgh Service Platoons. It was such a relief for me to finally connect with a group of people who share and understand some of the same experiences I’ve faced.

Serving with the Pittsburgh Platoons is so incredibly rewarding; not only because of the impactful work that we do, but because of the experience of camaraderie within the platoon and the communities we serve.

In August 2017 my family and I made the decision to move to Pittsburgh. Aside from the great job prospects and alluring culture of the city of Pittsburgh, we chose this city because of the connections that I’ve made here through The Mission Continues.

My Mission Continues: What I’m doing to Make a Change in Hazelwood

For the past 8 months, I’ve worked in Hazelwood (a neighborhood in Pittsburgh) as a community organizer. In January I put on a second hat in the Hazelwood community, by becoming the Platoon Leader for the Hazelwood Service Platoon.

I am very excited for this opportunity to leverage the connections I hold in Hazelwood as a Community Organizer, with the resources and capabilities of The Mission Continues and our volunteers.

Hazelwood is currently going through a large-scale community planning and revitalization process, led by residents, community organizations and other stakeholders, in coordination with the City of Pittsburgh.

Over the next year, I’d like to see the platoon come together with other community organizations in support of the Hazelwood residents; to capitalize on our strengths, break down barriers and create opportunities to serve Hazelwood in a strategic and impactful way.

Reflecting over my first year of service with The Mission Continues, I feel privileged to be on this journey; the dominant emotions that I feel are inspired and empowered by the experiences I’ve had and the people I have met along the way.

The people I serve with in The Mission Continues make my identity as a veteran meaningful and I’m so glad that I get the opportunity to work alongside them in the service of Hazelwood and the city of Pittsburgh.