Rogelio was born and raised in the South Side of Chicago, and found his sense of purpose when he joined the Army National Guard in 2005. Three years later he deployed to Afghanistan in support of Operation Enduring Freedom.

As a gunner Rogelio’s primary job was to be the eyes and ears for his truck team, and first line of defense for his convoy. However, the most challenging part for him during his deployment was being separated from his two young daughters. To push through, he focused on his mission and duty to his team.

However, the most challenging part for him during his deployment was being separated from his two young daughters. To push through, he focused on his mission and duty to his team.

After six years of service, Rogelio was honorably discharged from the US Army in 2011. “Some of the challenges I faced reintegrating back in the civilian life were pretty rough,” Rogelio recounts. “My second daughter was only about 7 months old when I deployed. I came back a year later she didn’t know who I was, and would run away from me when I tried to hug her.”

When Rogelio returned home to Chicago he also struggled to find work. He said, “I needed a mission in my life to help me deal with my personal issues, one of these being PTSD.” Motivated by his sense of civic duty, he found a new mission volunteering as a mentor at the YMCA’s Urban Warriors program, which connects at-risk youth with veteran mentors. 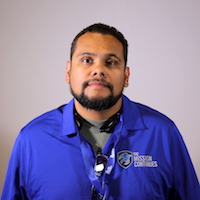 Rogelio says he picked the YMCA because “one of the communities it focused on was Little Village where I grew up. This is a predominantly Mexican-American populated community that is low-income and high-crime.”

Rogelio emphasized, “He was murdered by the same thing he was volunteering to stop — gun violence.”

“This was a veteran that epitomized the meaning of selfless service. He had already served his country, and came back to continue serving his city, and he ultimately sacrificed his life in trying to make a difference,” Rogelio explained.

“This is when I first heard about The Mission Continues and decided to pick up where he left off. I wanted to do my best in honor of Abner Garcia, who had inspired many of the youth and veterans at the Urban Warriors program and had made a long-lasting impact.”

“This is when I first heard about The Mission Continues and decided to pick up where he left off. I wanted to do my best in honor of Abner Garcia, who had inspired many of the youth and veterans at the Urban Warriors program and had made a long-lasting impact.”

Rogelio now serves with the YMCA as a coordinator, helping them recruit and retain veteran mentors, build relationships in the community, and implement survey collection tools.

At the end of his service at the Urban Warriors, Rogelio was awarded the 2017 Larry “Melvin” Award, which is given in recognition of an exemplary Urban Warrior Alumni. 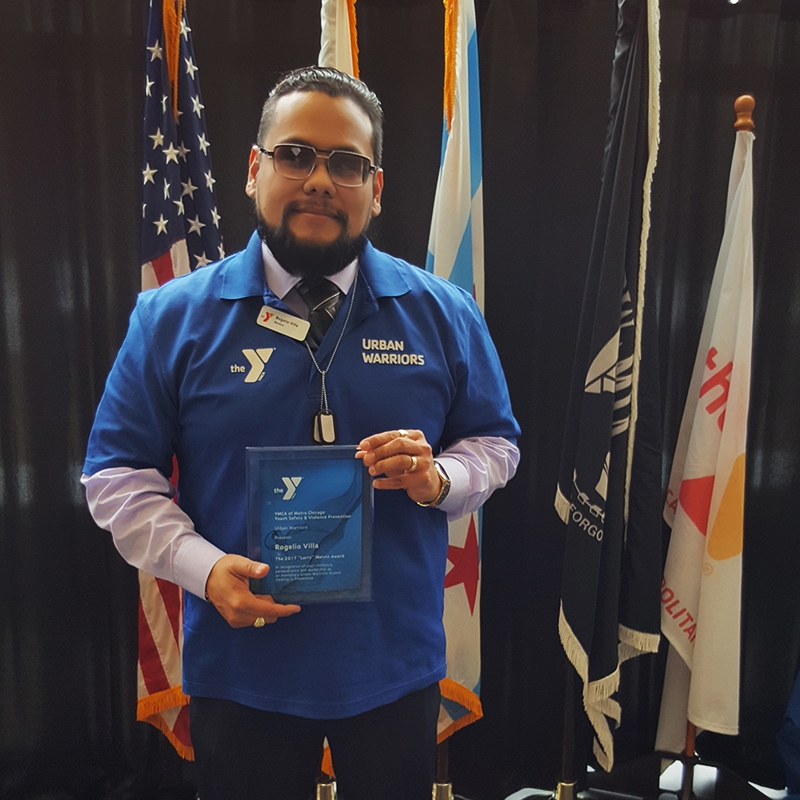 Since getting involved with The Mission Continues, Rogelio has also stepped into the role of platoon leader for Chicago 1st Service Platoon. He elaborated, “My focus is health and wellness in low-income neighborhoods. There are many food deserts throughout Chicago, and one of the ways we help is through community gardens and planting vegetables.” Rogelio added, “Community gardens are also a great way to have a community come together and working together.”

This experience has helped Rogelio expand his professional network and leadership skills. Additionally, he is leveraging his volunteer experience to prepare for his goal of earning a master’s degree in social work and founding his own community organization.

Rogelio’s connection to Chicago, his passion for ending gun violence through youth mentoring, and his commitment to volunteerism is a testament to the drive and ability of our nation’s veterans.

Like many veterans who volunteer with The Mission Continues, solving challenging issues in their home city is no small task, but it’s evident that we can make progress, even in the face of tragedy, one empowered veteran at a time.