Her Mission Continues: The Service of Post-9/11 Women Veterans 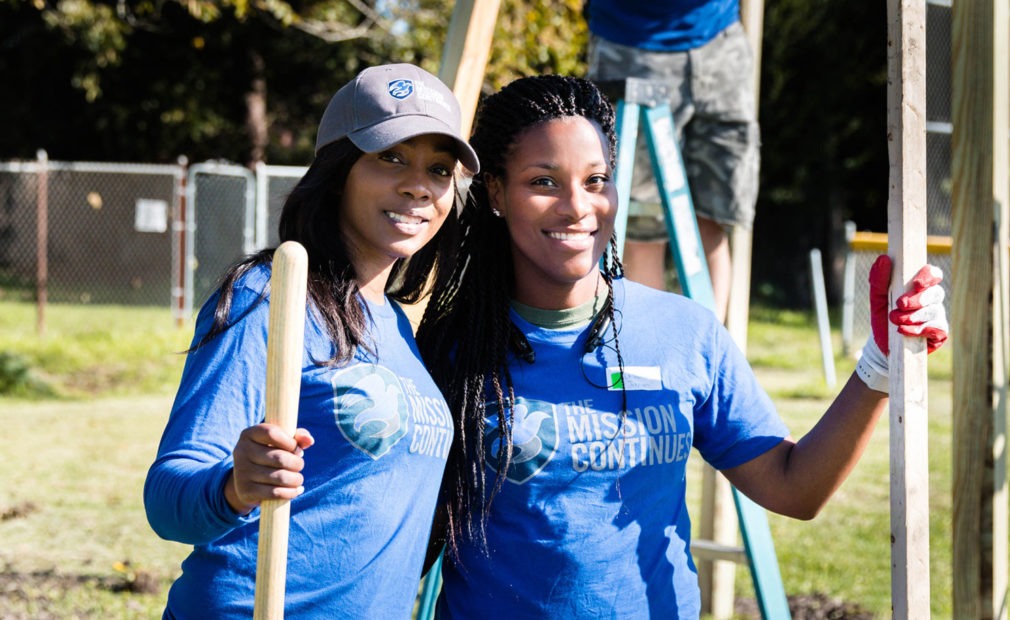 They are daughters, sisters, neighbors and friends. They are mothers.

They are also soldiers, airmen, Marines and sailors called upon to serve during the longest period of conflict our country has ever known – and not unique only because of the duration.

More than ever before, women have served under fire in pitched battles in Iraq and flown combat sorties over dangerous Afghan valleys. They’re deployed in humanitarian aid missions across the world and protect the nation here at home. They serve the same as men, and too often, they sacrifice the same as men.

But when women decide to hang up the uniform, they share one thing in common with men: reintegration into civilian life is a challenge, and how well veterans find their footing in those first few years will set the tone for a lifetime.

Earlier this year, The Mission Continues commissioned a study of female veterans in our programs. The results shed light on a generation of women who are proud of their service yet encountered challenges and obstacles not faced by their male peers. And the findings underscore the importance of strengthening communities here at home.

A common theme among our respondents was a perception of invisibility both in the service and at home. While in uniform, nearly two-thirds of respondents said they had to work harder than men to prove themselves.

When those women left the military, barely a third (37 percent) said they felt recognized, respected and valued by society for their contributions as veterans.

That has a drastic impact as women define themselves outside the military: two-thirds of women veteran respondents said their sense of identity was hurt by the lack of recognition they routinely see men receive.

While the report highlights challenges, it also gives us a fresh perspective of what we do. We know from previous research that veterans in our programs benefit from continued service as part of the lifelong process of reintegration.

But what we found with women veterans is even more promising. Our findings suggest women prioritize a renewed sense of purpose and mission. And they’re getting it. Almost all (94 percent) of respondents felt comfortable and included in culture at The Mission Continues, compared with less than a fifth in non-veteran culture.

There’s a strong chance that sense of mission is what drives women to become leaders of our service platoons. Women lead roughly half of our 41 platoons even though women make up 19 percent of the post-9/11 population.

Additionally, nearly three-quarters of women veterans surveyed said they formed bonds with non-veterans when The Mission Continues was the catalyst—a sharp contrast to just 30 percent who said the same without participating in our programs.

And respect goes a long way when you serve your community. Nine out of ten respondents said they felt respected and valued as a veteran after rotating through our programs.

A few things are clear from our research. Women are vital troops serving around the globe. They’re effecting change as The Mission Continues Fellows in communities across the country, and they’re capable platoon leaders tackling the biggest issues in our neighborhoods.

But along they way, women veterans face unique challenges that we will only resolve if we confront them honestly and openly. By all accounts, diversity of perspectives makes for a better force, so we owe it to the nation to see equal treatment. Women will serve our nation for decades to come, and we must allow for every opportunity for them to do so.

And when they come home, we should stand ready to welcome them back with a clear message:

Thank you for your service. Now the real work begins.