Leading the charge for service and women’s health in Boise 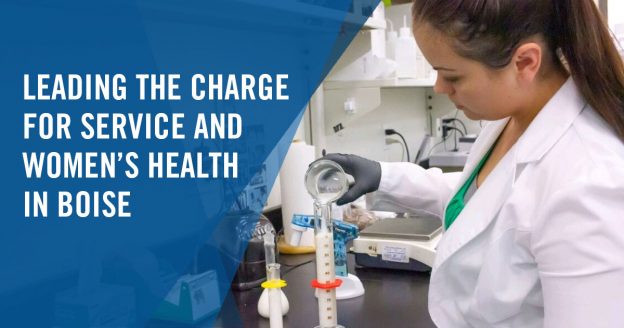 A common thread throughout my life is finding purpose through service. After deploying to Iraq and returning to pursue a doctoral degree, I spent time looking for volunteer opportunities. I was introduced to The Mission Continues through the Pat Tillman Foundation after being named a 2014 Tillman Scholar. In 2015, I began volunteering with the Tampa 1st Platoon with my husband and our newborn daughter, June.

When June was only a few weeks old, we awoke to find our colicky baby completely covered in rashes with several successive bloody diapers. After being admitted to the hospital, it was determined that June had severe food allergies and was reacting to breast milk proteins transferred from my diet. Since infants cannot be effectively evaluated to determine what is causing reactions, we were recommended to switch to a hypoallergenic formula.

Being told that my breast milk was killing my baby was devastating. Shortly thereafter finding out that we could not afford the $50/can formula on a grad school budget put us in desperation mode. I learned how to create safe breast milk by eliminating several dietary food groups. I continued this path until June turned one, all while attending school, volunteering, drilling with the Florida National Guard, and teaching undergraduate classes. 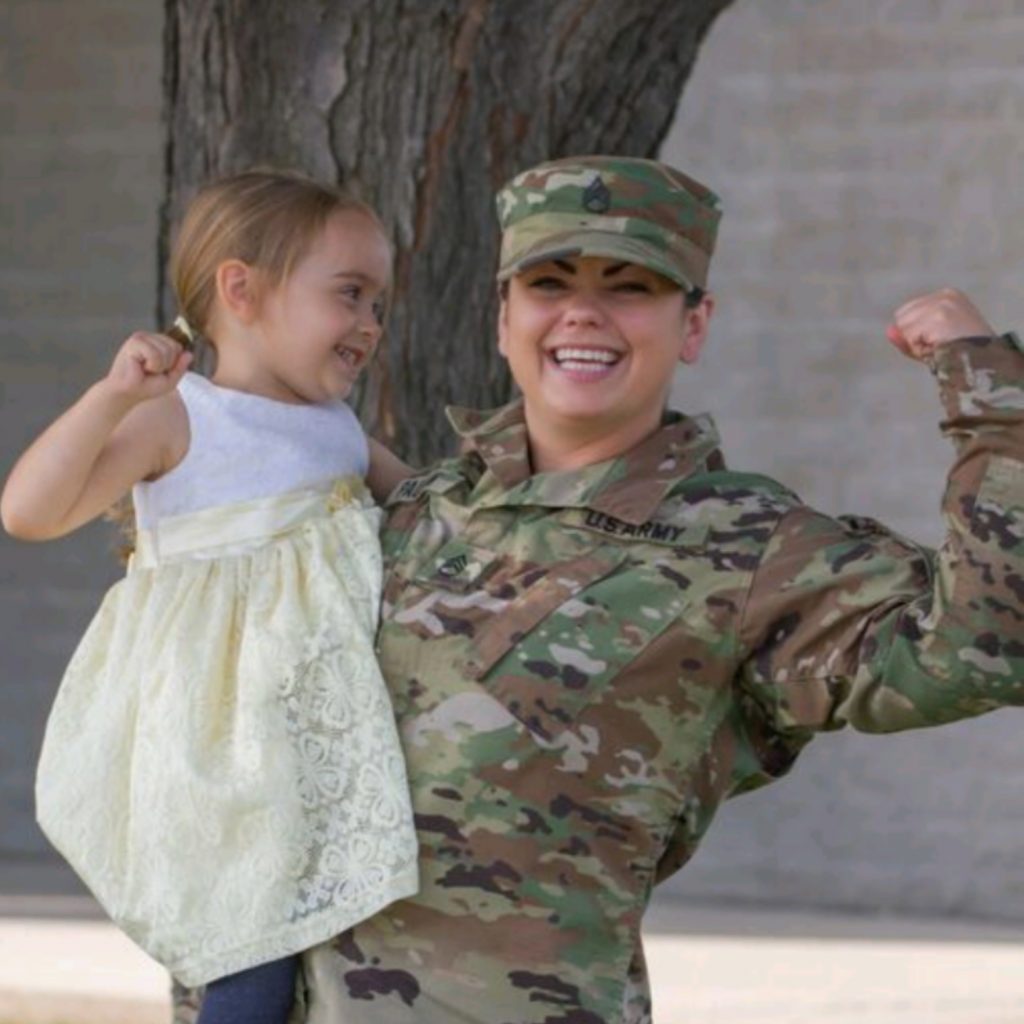 After completing a doctoral degree in Cellular and Molecular Biology, we relocated to Boise, Idaho. We missed the camaraderie and purpose we found with the Tampa 1st Platoon, so I applied to start a platoon in our new town. But soon after that, we were rocked by a work incident that jeopardized our unborn second daughter’s life which forced me to make the decision to leave what I had once considered my dream job.

In this same week, The Mission Continues offered me a position as the Boise 1st Platoon Leader. The tremendous decision to leave my background as a cancer researcher for a dairy processing laboratory position outside my field of choice was greatly softened by the fact that I could continue my work in Veteran-based volunteerism. 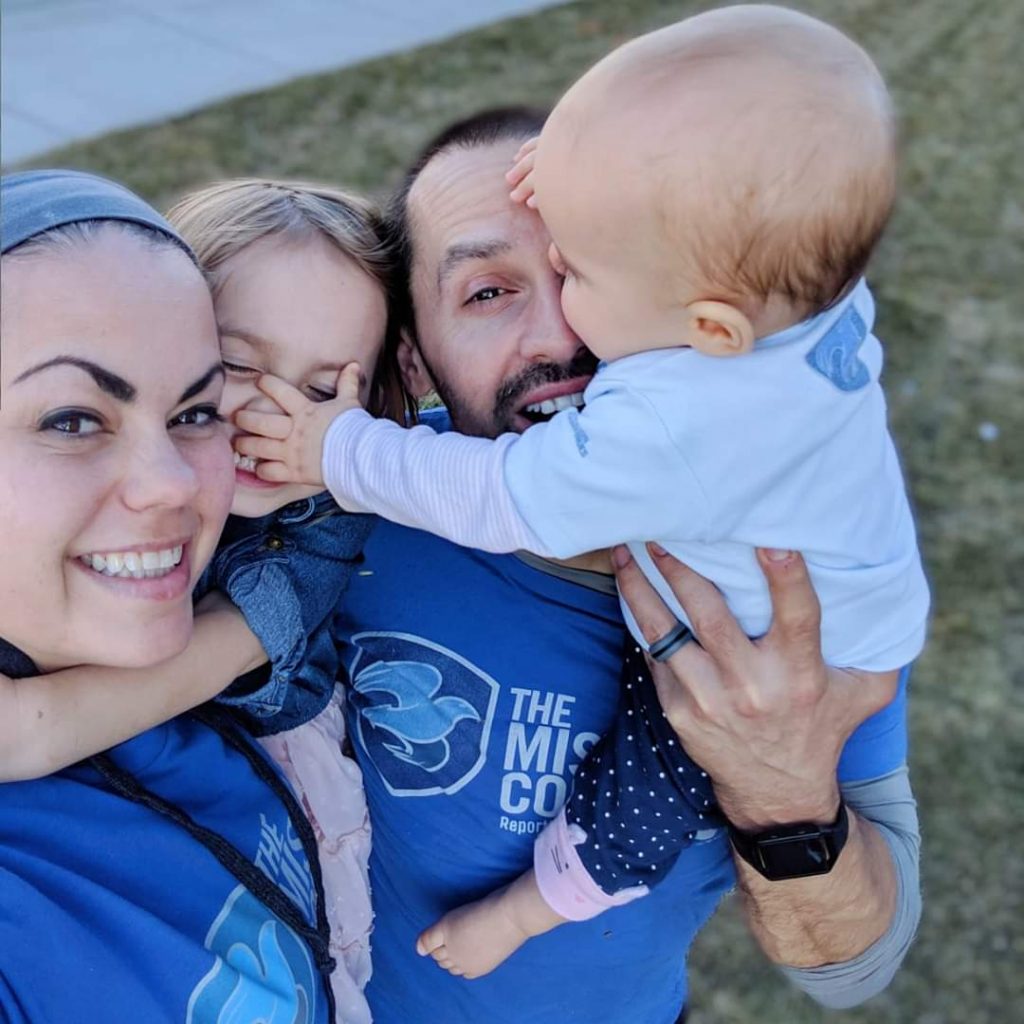 We welcomed a second daughter, Rose, who suffered from the same food allergy disorder. Disappointed in the misinformation and lack of infant food allergy content available, I started a website to share research-based breastfeeding and allergy information. Assisting other families gave me perspective on how to empower women to continue breastfeeding through infant food sensitivities. This emboldened me to create Free to Feed, Inc, and we’re fundraising to develop a patent-pending technology to allow mothers to test their breast milk for allergens. 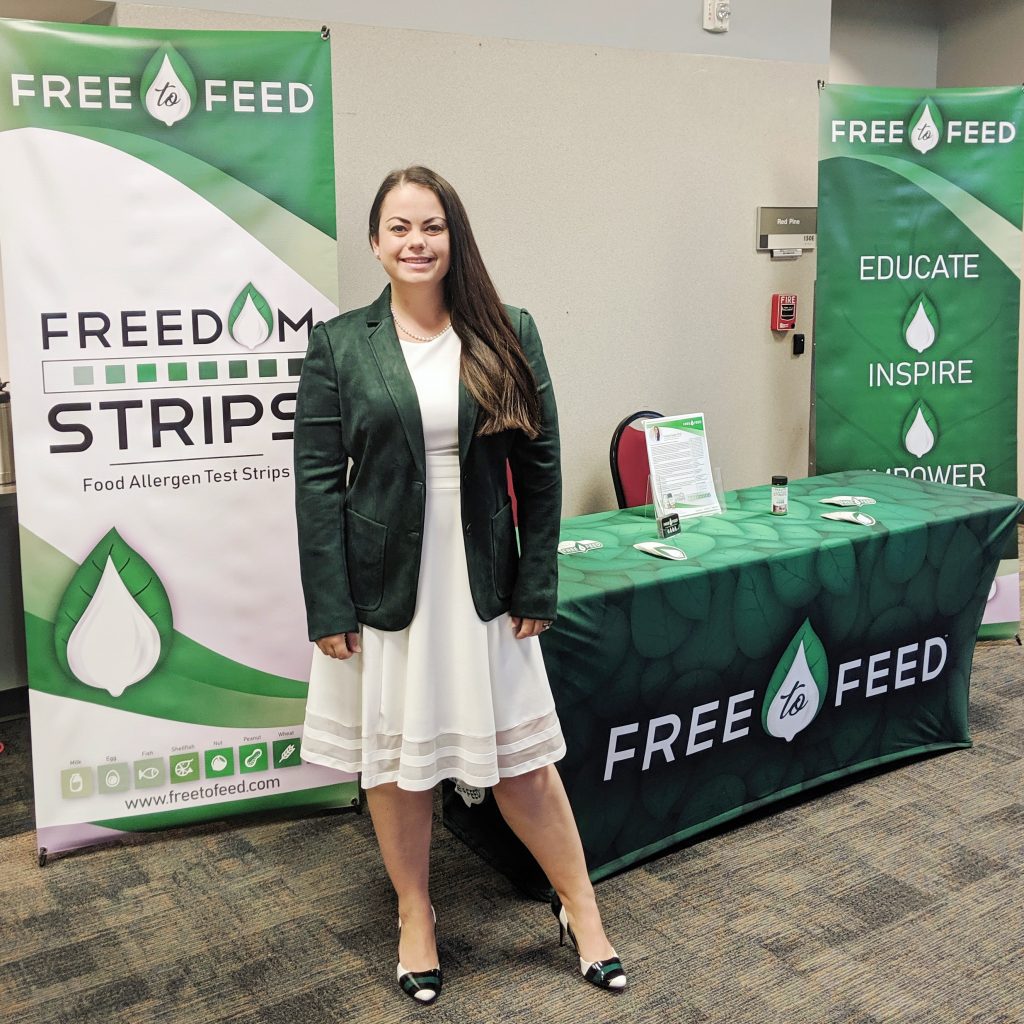 Through the same period, I’ve been using my experience to build the Boise Platoon from the ground up.  As the Platoon Leader, I immediately began collaborating with fellow veteran-based nonprofits in the area. Groups like Wounded Warrior Project, Team Rubicon, and Team RWB were already established here and were perfect allies to spread the word about our Platoon and mission to fellow veterans.

Next, I concentrated on similarly focused organizations looking to improve youth education in Idaho. Groups like the United Way, Salvation Army, and JustServe have magnificent local chapters which were excited about collaborating towards a common goal.

Finally, I started conversations with businesses that had shown The Mission Continues support in other regions such as Home Depot, Starbucks, and CarMax which led to project grants, coffee and snacks at each event, and lots of excited volunteers.  With each partnership came expertise and commitment that I could not have found otherwise. This became my advice to new platoons: leverage and add to the positive movements in your area instead of trying to do it all by yourself. 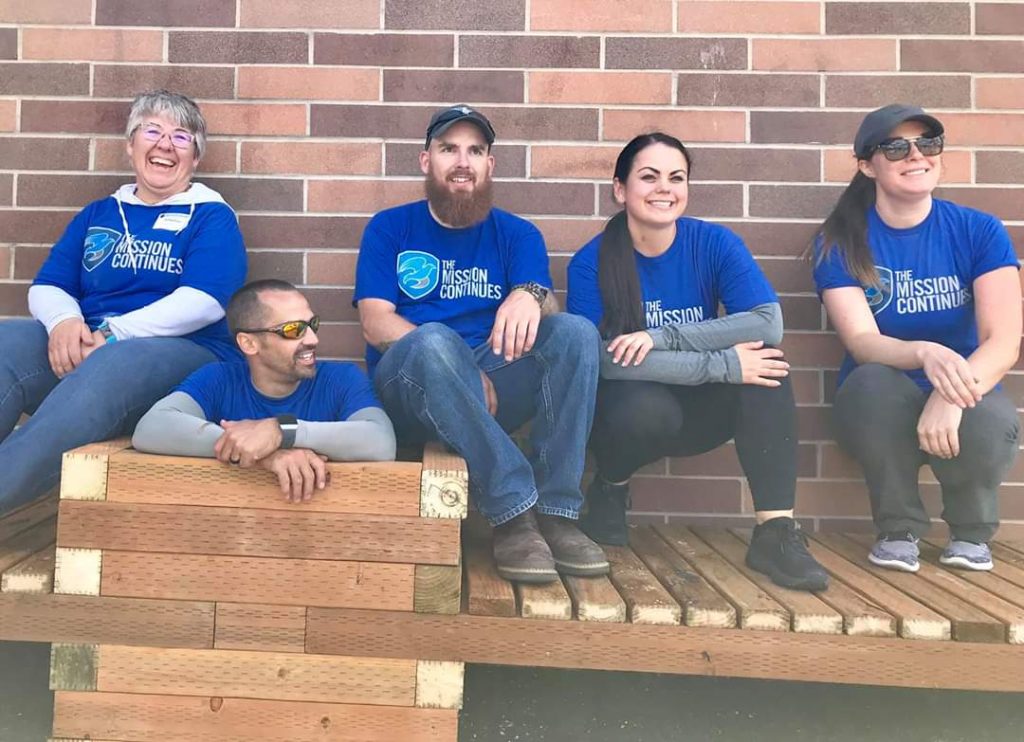 This incredible group of veterans, families, partners, and community volunteers are making a tangible difference for Treasure Valley youth. In over 20 events, the platoon has helped local schools and organizations by building outdoor classrooms, creating garden spaces, repairing entire baseball fields, and so much more. In one such event, the Boise Platoon brought in over 125 volunteers to completely renovate the Nampa Salvation Army gymnasium and after school program facility. 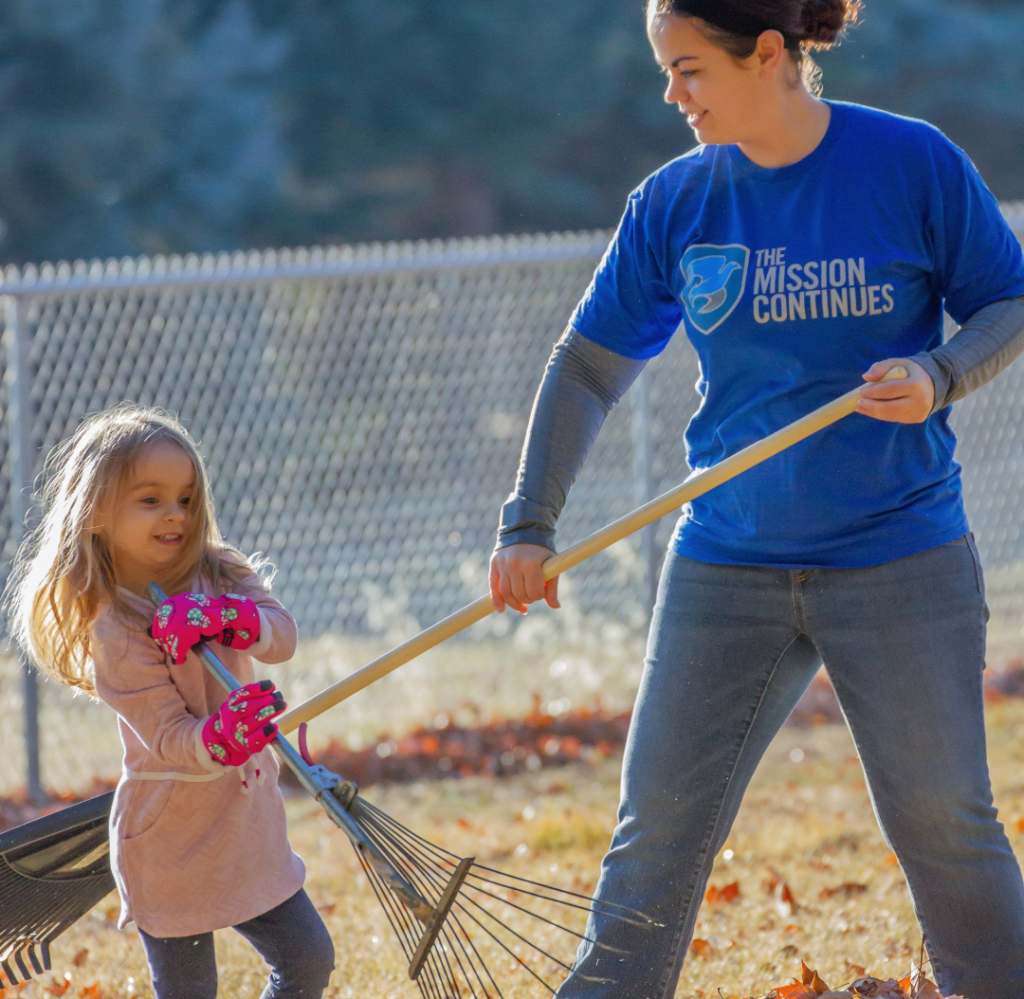 Update: Trill was nominated for the 2020 Idaho Woman of the Year Award. She was put in by Denver City Impact Manager, Nadja Cockrell and her employer, Darigold, was on hand to celebrate. Join us in congratulating her in receiving this recognition for all the amazing work she has done!

Dr. Trill Paullin is the Boise 1st Platoon Leader, and an Alumna of the Women Veterans Leadership Summit. Want to join the Boise Platoon at an upcoming event? Sign up here: https://missioncontinues.org/service-platoon/Boise-1st-platoon