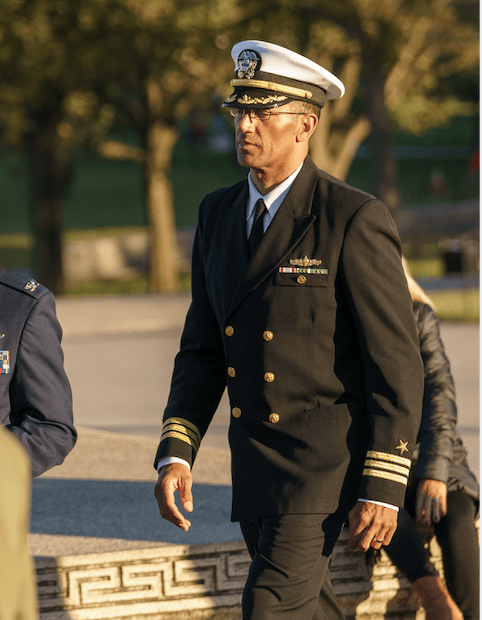 I joined the Navy in 1999 so I was actually on my first deployment as a surface warfare officer on 9/11. I was on the USS David, a destroyer out of Everett, Washington deployed off the coast of South America doing a counter-narcotics deployment. We had been down there for about three months. I distinctly remember going from my state room to the bridge of the ship. In passing, somebody said, “Hey, did you hear that a plane hit the World Trade Center?” Like a lot of other people I assumed it was like a small plane or something like that with a junior pilot that didn’t know what he or she was doing, and it was a total accident. When the second plane hit I realized that things were very different. We had a satellite TV capability on the ship, but we only could get that feed when we were close to the coast so we tried to stay relatively close to the shore so that we could continue to get feed. Those of us that weren’t on watch were glued to the TV seeing what was happening. There was a lot of speculation that because we were a ship that was already deployed that we would get rerouted to the Middle East but that ended up not happening. It was very surreal because, for three months, we we didn’t know what it was like back in the U.S because we were so removed from everyone and everything.

I joined the Navy for adventure. I graduated college, worked for a year, and just wanted to do something that was a little bit more exciting. I really only considered the Navy because I thought that gave me the best opportunities for traveling and so my intention was to join the Navy, do my four years and then get out and go on to something else and obviously, 9/11 changed that substantially. I think the feeling of contributing to a much larger effort kept me in all the time and keeps me in today. It’s been now 21 years plus and counting.

My next ship ended up deploying as part of the naval forces supporting the invasion of Iraq. When it was decided that the US was going to lead this coalition invading Iraq, we found out pretty quickly that our ship would be one of many that were taking part in that. We didn’t know exactly what that would mean for us, but we deployed and ended up escorting ships in and out of the through the Strait of Hormuz into the Persian Gulf. There was a general fear that we didn’t know what Iran was going to do during that time. For us on the Navy side, there were two real fears: What Saddam Hussein was going to do with mines and also what Iran was going to do in response to the US invasion. In the end we were pretty safe and removed, but it’s still kind of surreal that it was happening.

I did my two years on that ship in and then came back to the US and was stationed at the Naval Academy. I was teaching there for two years and got married while I was there. I decided to come off active duty because after my time at the Naval Academy and completed, I was going to have to go on a ship back to sea so I decided to make the transition into the civilian world and join the reserves.

For most military personnel transitioning out that had a degree and had a security clearance, it was very easy to find a job in Washington, D.C.; so many defense contractors, hiring and things like that. That’s exactly what I ended up doing. I worked for the Department of Homeland Security, was at the Pentagon working with the Joint Staff. I worked for the Department of the Navy, so I got to do a lot of really interesting things but the job satisfaction wasn’t there. At the end of the day, I wasn’t getting the camaraderie from the people I was working with, nor the ultimate job satisfaction of really contributing to something. That’s what led to me ultimately to moving to New York City and joining Iraq and Afghanistan Veterans of America as a staff member. That was almost six years ago to the day and that’s really where that shift back to finding the job satisfaction, the camaraderie, all of that really kind of brought me full circle. I had a positive experience, both in the military and transitioning. I thought about how lucky I was and really just wanted to be able to help those veterans that weren’t as fortunate, who were not getting the resources, the support, the things that they earned.

Those of us that are in the veteran space know that there is still plenty of work to do and it’s going to continue for a long time, irrespective of whether there is a war going on or not. There’s always going to be a need to make sure that we’re meeting the needs of our veteran community. If I were to just distill it down to one answer, I would say it’s health care. It’s really making sure that we’re taking care of our veterans with the health needs that they have, because that’s the most complicated one. We obviously talk about Agent Orange and things like that but if you go back to the changing name for PTSD over the years, I think what we have seen is that there is an ongoing and unmet need by America to take care of the health care needs of its veteran population. Some of these things we’re talking about, toxic exposures for example, may take years to manifest themselves, but other things like musculoskeletal problems build up over time. We have to relearn the lesson that paying for and preparing for the medical needs of veterans is not something that should only be looked at during wartime. It’s going to be a cost that continues to increase from our post-9 11 wars for years to come.

It’s been 20 years since 9/11, but I think we still have so many lessons to learn as a country as to what our role in the world is and should be, especially as a military, but also as a country that tries to do good. I think we too often fail in that mission and it’s not for lack of desire, but I think it’s for not remembering the lessons of history.