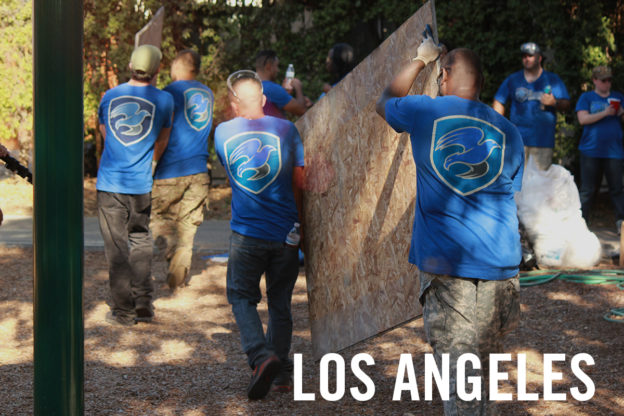 Nearly 3,000 Americans lost their lives in the events of 9/11. And five million men and women have stepped up to defend our nation in uniform since that day. Last week, The Mission Continues deployed in communities across the country for a day of service to mark the 13th anniversary of the 9/11 attacks. Volunteers built playgrounds for at-risk youth, provided much needed maintenance for a domestic violence shelter, and rehabilitated a community river trail  — all in honor of those lost in the events of 9/11. 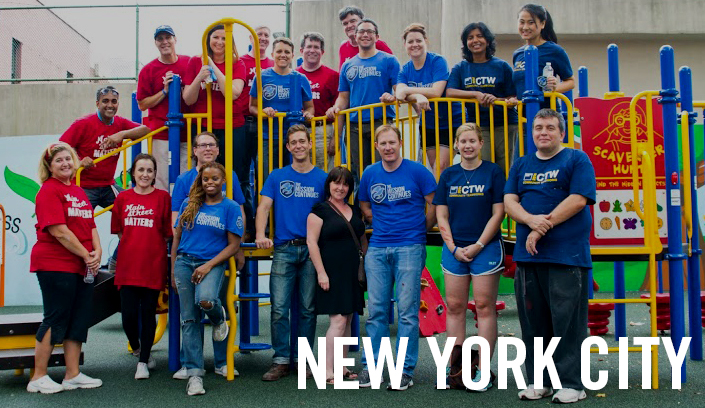 In New York City, veterans from The Mission Continues New York Service Platoon planned and led a complete refurbishment of the Hour Children in Long Island City. Hour Children is a home and resource center for formerly incarcerated women and their children. More than 20 volunteers from The Mission Continues, Goldman Sachs and Benjamin Moore painted and refurbished bedrooms, the entire basement, an outdoor mural, and 8 picnic tables and benches for the children who call Hour Children home. 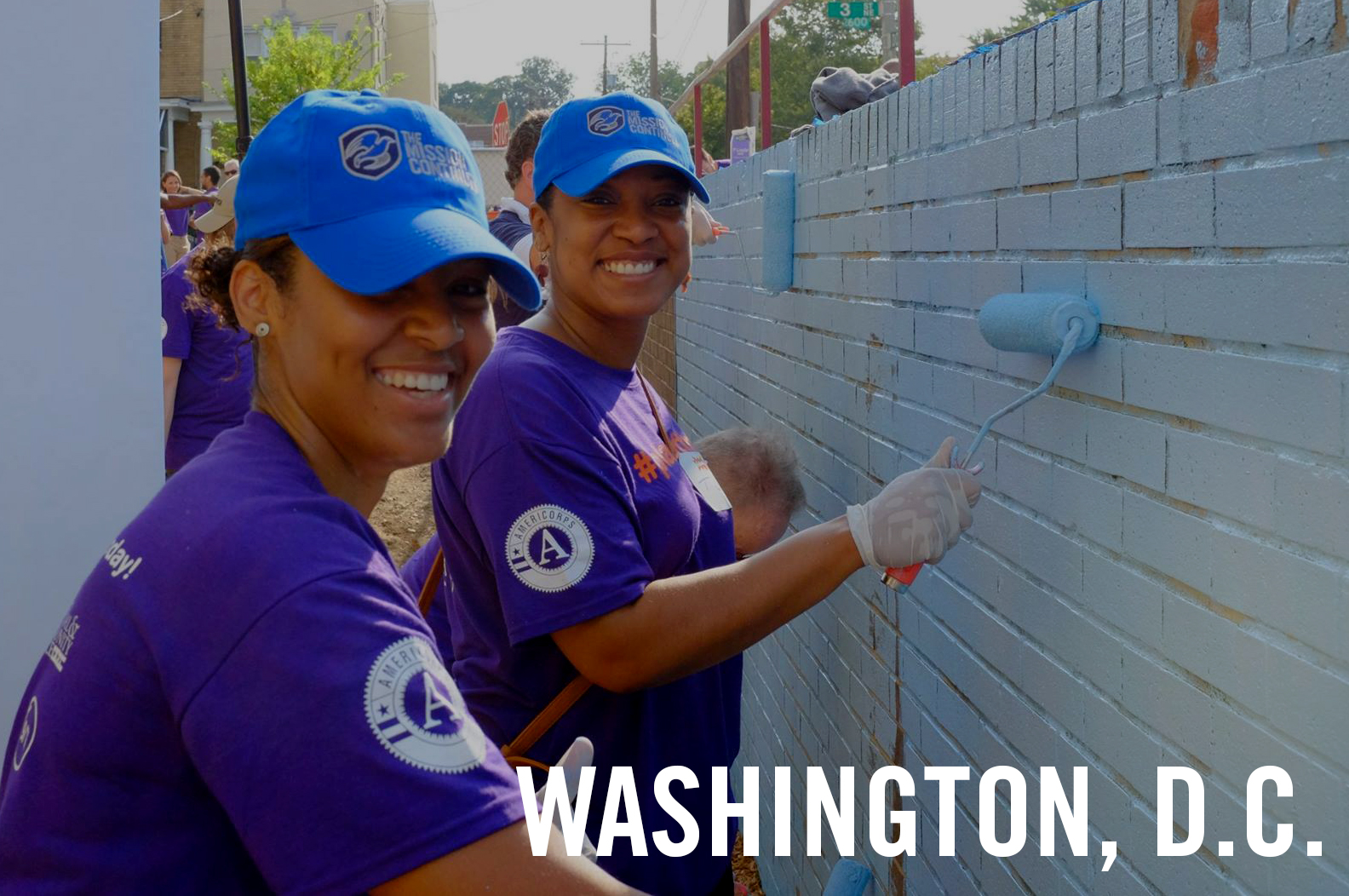 In Washington, D.C., veterans from 1st Platoon D.C. partnered with KaBOOM, AmeriCorps CNCS, and Seabees from Anacostia/Bolling to construct a new playground at the Center for Inspired Teaching. Within four hours, volunteers had built a brand new playground including a slide complex and several rides. Volunteers also built wooden benches, constructed planters and refuse bins, painted exterior walls around the playground and mulched the entire area.

Afterwards children from the school came out with a homemade paper ribbon they made and performed the ribbon cutting ceremony for all of the guests, including founding members of AmeriCorps and Dave Payne, founder of the 9/11 Day of Service. 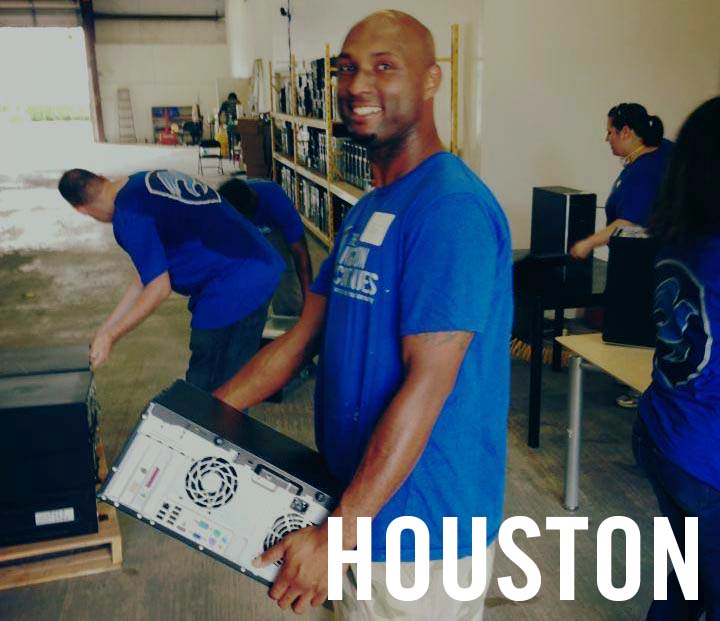 In Houston, veterans from the Houston Service Platoon executed a service project to benefit Comp-U-Dopt. Comp-U-Dopt is an organization that provides refurbished computers and technology education to enthusiastic, motivated children in the undeserved communities of the Greater Houston area. Volunteers organized equipment, painted exterior walls, cleaned the parking lot and provided much needed maintenance to the facility. 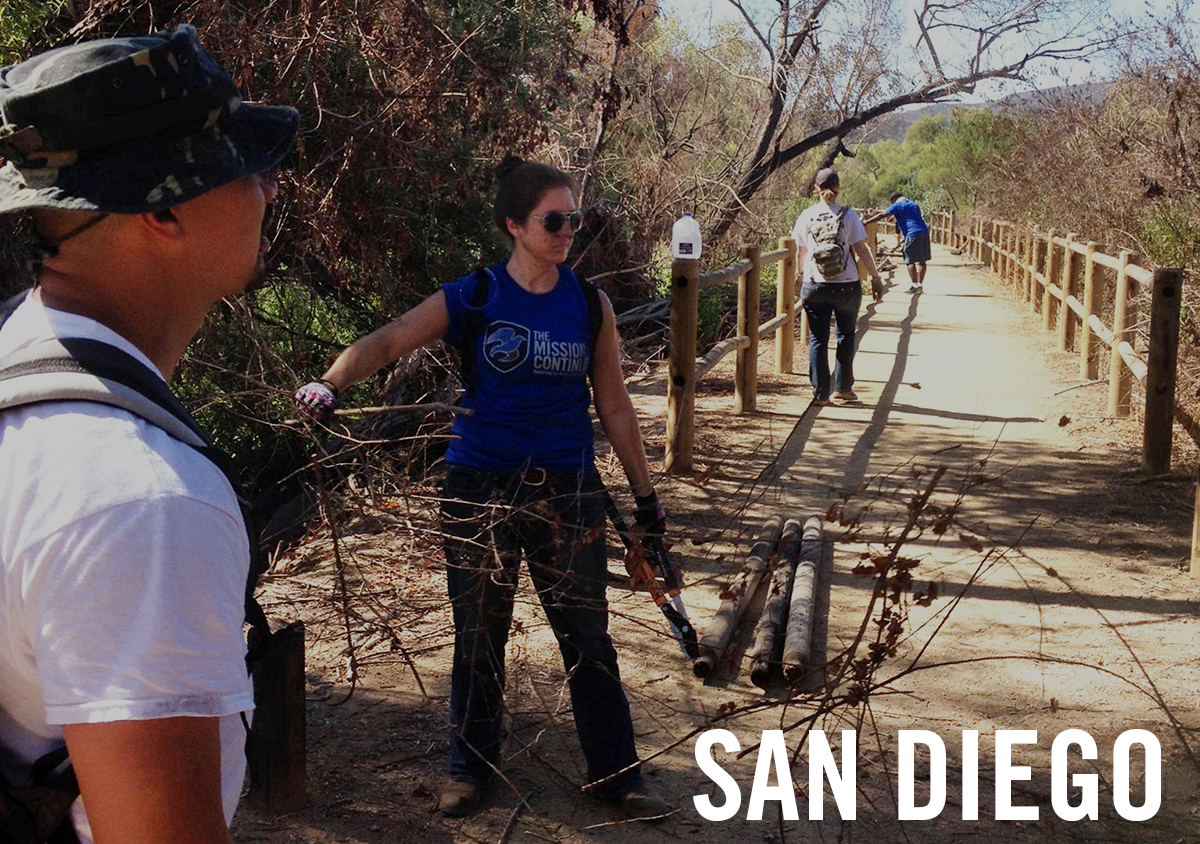 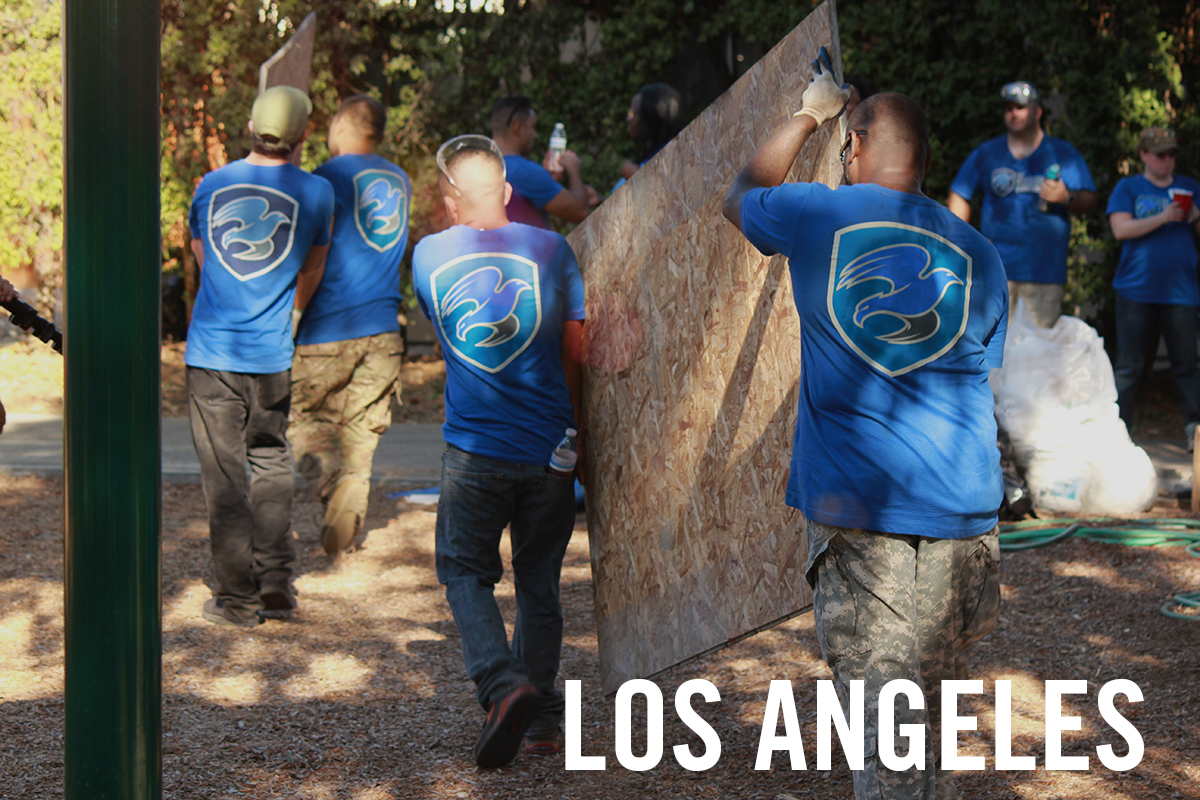 Veterans from 1st Platoon Los Angeles and 92 of the newest recruits from The Mission Continues Fellowship Program deployed on Saturday, September 13th to Good Shepherd Shelter. Good Shepherd Shelter provides a safe home for women and children who are victims of domestic violence, abuse and trafficking. In just a few hours, these veterans worked together with volunteers from Bad Robot, Disney and Omaze to transform the facility’s campus. They repaired sheds and gates, trimmed hedges to beautify a busy street corner, rehabbed window frames, and refurbished the children’s playground providing the families with a peaceful place to call home.