From MLK to Black History Month: Black Veterans Leaving a Legacy of Service 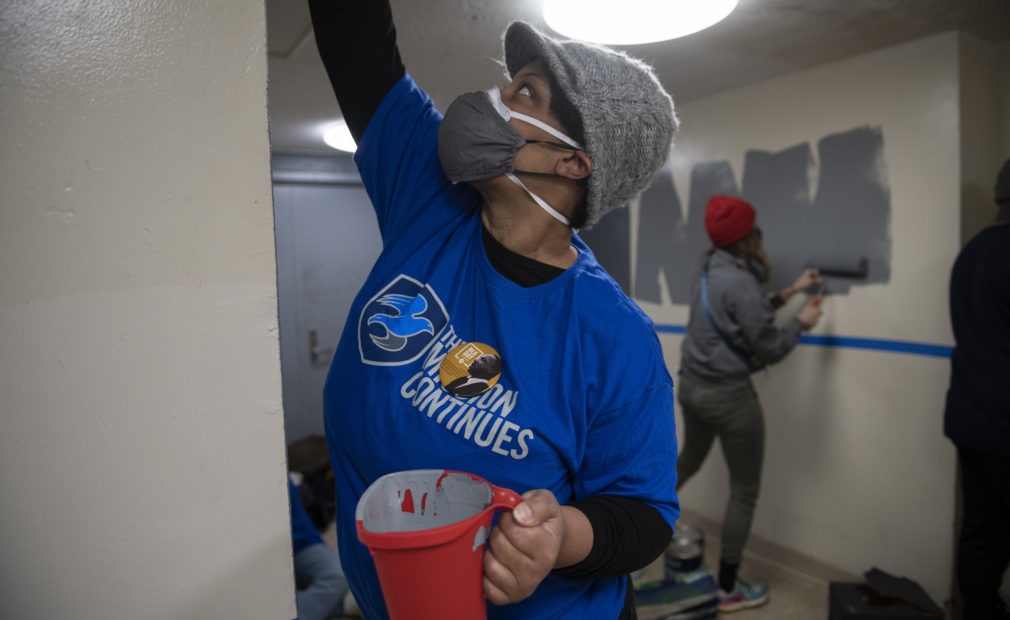 As we turn the corner from January into February, hundreds of veterans and volunteers continue to lead and support service projects across the country, honoring Martin Luther King Jr. National Day of Service, as well as making an impact in communities during this Black History Month.

During the 2022 MLK Legacy of Service Campaign, The Mission Continues organized 40 in-person and “at home” service opportunities that combat food insecurity, bolster pandemic recovery, beautify public spaces, and connect veterans to each other and their neighbors in partnership with schools, public parks, youth organizations, homeless shelters, and more.

Dr. Martin Luther King Jr. spoke about the ability of the average person to serve their community, the importance of ending food insecurity, and working together to achieve equality in our neighborhoods and communities. Veterans are uniquely suited to affect positive change.

In St. Louis, veterans and dedicated community members are on a mission to end food insecurity. On January 15, 2022, the Columbus 1st Service Platoon continued this effort while honoring Dr. Martin Luther King Jr.’s legacy of service.

Jenniqual “Jai” Johnson, the St. Louis Platoon Leader, lead the Legacy of Service Martin Luther King Jr. Day of Service project at the George Washington Carver Urban Farm. The site is an urban community farm in the heart of the North City area of St. Louis, which is traditionally an underserved neighborhood and a food desert.

“We’re hoping to not only educate folks on the topics of healthy eating, urban farming, and community gardening but also establish a source of community enrichment and engagement in the area,” said “Jai” Johnson, who is a trained chef and an Army veteran.

“I would love to see the community develop, flourish, become a place where folks know that they can get their needs met, and no longer have the title of being ‘under-resourced.’”

A few years after transitioning back into civilian life and moving to St. Louis, Jai was astounded by the service-driven community she found with fellow veterans at The Mission Continues. She participated in the Mass Deployment program and eventually took the role of Platoon Leader for the St. Louis Service Platoon.

Tayden Haile is the Platoon Leader for the Jacksonville Platoon, who led the Martin Luther King Jr. Day of Service project in partnership with a neighborhood surrounding the Emmett Reed Community Center. The Center has been a cornerstone of a community made up of first responders, veterans, young kids, and retirees for more than 60 years. Today, the center administers COVID vaccines, offers after-school tutoring, and free tennis lessons for children. This area is classified as a food desert and suffers from a lack of funding and resources. This project is a crucial first step in trying to establish a presence in the North Side community.

“We’re trying to bridge the gap, not just racially and economically, but also bridging the gap between first responders, veterans, and local civilians. We want to find a way for veterans to still use their skills and to feel valued and feel like they’re doing something to really make a change. We’re not just going out and checking off a box. We’re actually making a difference in the community,” said Haile, a Navy veteran who served on the USS Blue Ridge LCC-19 in the 17th Fleet.

“From my perspective as a black man, we’re still working towards Dr. King’s vision of what America would look like today. So this is just one more step towards achieving equality and not just talking about it, we’re going forward.”