David DuBois: Blessed to Be Able to Still Serve 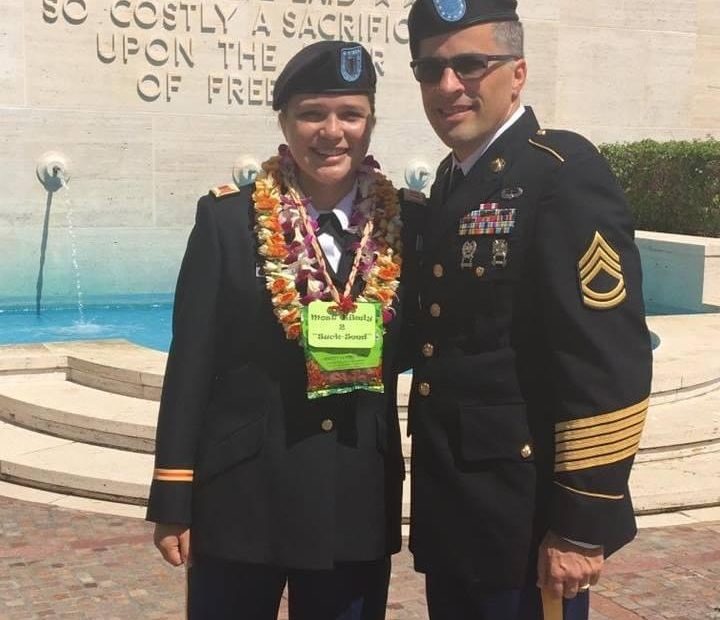 The attacks on 9/11 greatly influenced the world that David DuBois served in, both in the military and in civilian life. David is a native of New Rochelle, New York, a city situated only a few miles north of New York City. He joined the Army because of an economic necessity but went on to make it a career. In 2001 he was stationed in Fort Leonard Wood, Missouri to instruct future noncommissioned officers in the Army. As he entered his home after daily physical training with his soldiers, his wife was fixated on what was on the television.

“She said, ‘Hey, did you see what’s on the news?’ as they were repeating the images of the first plane hitting. Right at that point, the news showed the second plane hit. I said to my wife, ‘That’s not an accident. That’s an attack.’”

David spent the next four hours trying to reach his family and friends who were in Manhattan at the time. He had a brother who was a firefighter, his other brother worked in the World Trade Center, his best friend was a police officer, and his sister-in-law was a nurse. All were responding in some way to the events happening on ground zero. Miraculously, they were all okay.

Although his training regimen was always serious, after the attacks of 9/11, he knew that his role as a mentor to those considered to be the backbone of the Army would become essential in their success in the against terrorism and how they performed in Iraq and Afghanistan.

“On that day, my life was changed just like everyone else’s across the United States and the globe. It was almost as if there was a shift in the mental aspects of when we started training, because my NCOs were going to have to use this for real. And so my war time effort was to train those soldiers to make them ready to lead other soldiers in battle.”

David’s passion to serve others was instilled during his 21 years in military service. After leaving the Army, he felt compelled to continue his commitment to serve veterans returning from the Global War on Terrorism.

“Once 9/11 hit and folks were coming back, I realized that I was capable of helping others. I helped with many different organizations, but I just never got that satisfaction. It didn’t feel that fire of helping veterans.

While searching for a better way to serve his fellow veterans, David participated in a service project organized by The Mission Continues. He would go on to lead a team during the next project and eventually accept a position as a Platoon Leader for the Washington D.C. area.

“It’s my passion to help veterans, who I know have sacrificed greater than I did, that makes me want to continue to serve with a great organization like The Mission Continues. It meets everything that a volunteer wants. I like to tell folks, ‘What do you do with your dash? There is the day you were born and the day you die, but what do you do with that dash in between?’”

David has since started a business giving “Victory Gardens” to veterans who would benefit from having a mental and physical activity within their home space, but are not financially capable of building it for themselves. As the 20th Anniversary of 9/11 gets closer, his thoughts will dwell on the tragedy of that day, the work he has done, and those he served alongside.

“I think about those folks who are still struggling with the outcome of 9/11, those soldiers who served and have now been injured, those soldiers who have mental injuries, family members who have to take care of our service members that come back with these injuries. I think about my best friend, who is the cop that saved somebody but died of cancer because of the air in New York City. I think about how blessed I am that I’m here to be able to still serve and help folks.”