Daniel Perez: Who We Are and Why We Do What We Do 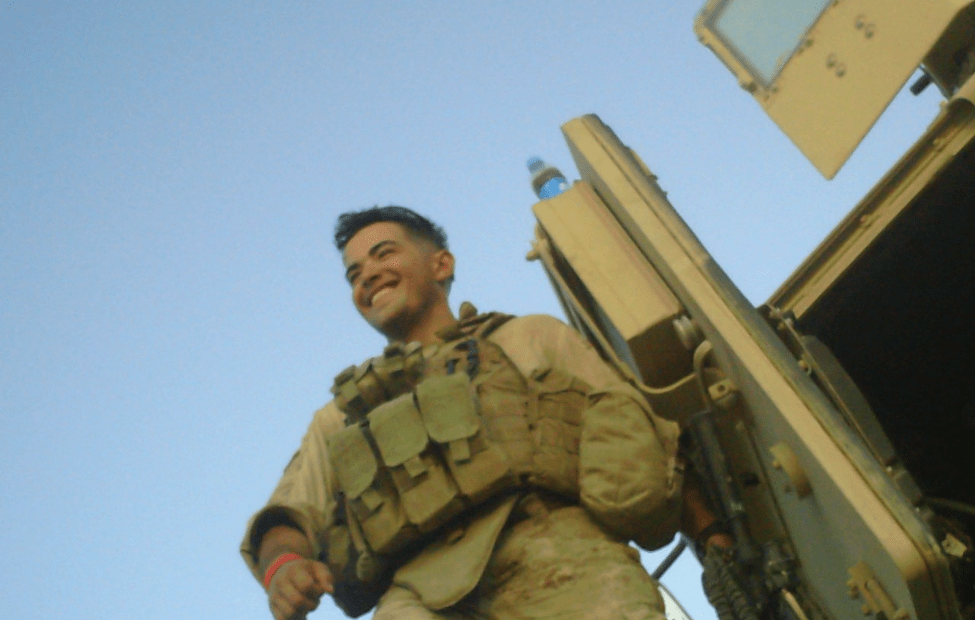 Faced with the realization that this “accident” was actually an attack, Daniel was overcome with confusion and concern, as his thoughts shifted to his family living and working in Lower Manhattan. Fortunately his family was safe, but as a Marine infantryman, he could not help but think about what might come next.

“Sabers were rattling because the first thing they did when we got to formation was just yell at us, ‘You’re going to war!’ Next thing I know, the base went on lockdown.”

His unit would eventually be deployed to Iraq in August 2002 as part of Operation Iraqi Freedom. After serving for four years, he went back to Brooklyn and enrolled in college. On the surface, everything was fine, but as his fellow Marines were invading Fallujah and taking part in some of the worst fighting in the Iraqi theater, he felt compelled to reenlist. After serving two more deployments to Iraq and Afghanistan, he left the Marines in 2010 for the last time.

“After eight years, it kind of felt like I was doing the same thing. This is it, I’ve definitely seen the world through eyes, unfiltered. I wanted to do something else, be part of the change, but not necessarily have to kill somebody for it. So I decided it was my time to leave and then I moved on.”

Although Daniel tried going back to college and resume a “normal” life, he felt a complete loss of purpose.

“I felt very isolated, very alone, and kind of kept to myself. I was just not in a good place. It was pretty obvious, especially when I look back.”

That sense of purpose finally found Daniel when a fellow Marine reached out to him for help organizing a veteran volunteer event.

“It was great, but a part of me felt like it wasn’t enough. As I was looking at other organizations that were in that space, I found The Mission Continues and fell in love with it. Eventually I got in touch with them and did a project in the Bronx for the first time. So then I jumped on board and it was something I loved doing ever since.”

As he became more involved in subsequent projects, Daniel would go on to become the New York City Platoon Leader for The Mission Continues. He has since organized and led service projects throughout the area, helping veterans like himself to find their sense of purpose after serving in the armed forces.

As the 20th anniversary of the September 11th terrorist attacks nears, Daniel will be reflecting on his fellow Marines and what his service meant for himself and for the country.

“I know it’s going to be a solemn day. All the blood shed over the years and all the people who didn’t come home. If I’ve learned anything about conflict, it’s that you can get more out of it than necessarily just to win. I hope that in the past 20 years, because of the sacrifices we’ve made as a country, we are clearer and more defined about who we are and why we do what we do, and we can carry those positive values forward.”