Chris Atkinson: Veterans Got My Back, I Have Theirs 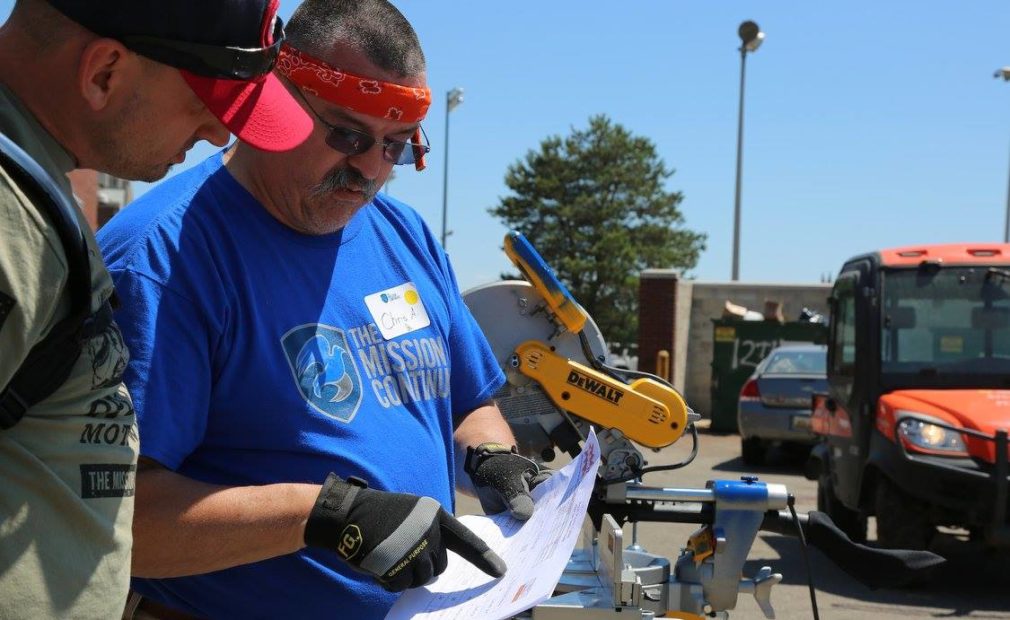 I joined the Army in 1985 after being disenchanted with college. I really felt I wasn’t getting anything out of it. I wanted to do something different than anybody else in my family. One of my friends said that he was going to join the Army, and at the end of it all, I ended up joining the Army but he didn’t! I thought it would be a good fit for me—the structure, camaraderie, and physical demands all appealed to me.

When 9/11 happened, I had already been to Iraq in 1990-91, and was in the Army Reserves. I was in a civilian job working for a company that made fire protective apparel, and our largest contract was with the FDNY. When I saw the second tower get hit on TV, I was filled with shock and anger. I was shocked that this could actually happen on American soil, and angry that we didn’t know it was coming. My company and I brought heat protective equipment to the Pentagon to help the firefighters searching through the rubble there. My company tracked the names of all the firefighters that died, and it was shocking to see the numbers grow in the days after.

I deployed to Iraq again in 2004. When I came back and retired in 2006, I realized I was going to miss being part of a large team that was united. It wasn’t until 8 or 9 years later that I found veteran service organizations like The Mission Continues. At first, I joined the service platoon in Atlanta. I became a TMC Fellow, did two Mass Deployments to Detroit and Atlanta, became a platoon leader, and just completed the Service Leadership Corps last year. I’ve always liked to lead, I lead by example. I get in there and I’m not afraid to get dirty. I am motivated to continue to serve and give back to the community I live in, and be part of bettering it and work alongside people that feel the same way.

For example, one of my favorite service projects in Atlanta was for a company that provided housing for veterans. They would experience a lot of flooding because they didn’t have correct drainage. So we rented a mini excavator and dug a big trench and installed 200 feet of bench tray. One of the veterans who lived in one of those apartments had worked as a heavy equipment operator for a number of years, and so he volunteered to operate the mini excavator for us. That turned out to be really inspiring. The camaraderie in the veteran community is probably different than anything else I’ve experienced. I know that other veterans have got my back, and I have theirs.