A Letter to Candidates on Respecting Gold Star Families 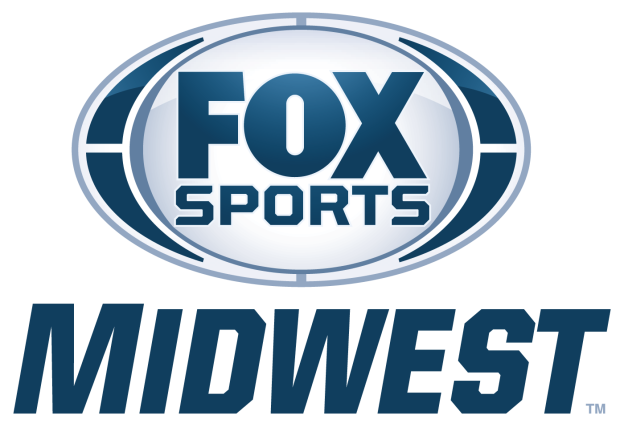 To the military and veterans communities, nothing is more sacred or honored than the families of those who are grieving the death of their fallen military hero, a member of our armed forces who has died while serving their country.

More than a hundred years ago, the President of the United States wrote reverently to a grieving military mother, “I pray that our Heavenly Father may assuage the anguish of your bereavement, and leave you only the cherished memory of the loved and lost, and the solemn pride that must be yours to have laid so costly a sacrifice upon the altar of freedom.”

Regardless of religion, race, or creed, their sacrifice, the loss of a family member is unimaginable. Their loved one’s body is laid to rest under the American flag, in our national cemeteries, and their death is honored and remembered each Memorial Day by a nation grateful for their service.

In 2004, United States Army Captain Humayan Khan was killed by a suicide bomber when he rushed forward to protect his soldiers and nearby civilians. As with so many families across the United States, the loss and sacrifice of the Khan family has earned them the right to ask hard questions of all those seeking elected office, whether at the local, state or national level.

As Republican, Democratic, and Independent military, veterans, family members and survivors, we ask that all candidates, at all levels, demonstrate the character demanded of the offices they seek, and respect not only those who have paid the ultimate price for our freedom but also their families who have borne such a loss to protect our liberties.

Again in the words of Abraham Lincoln as he spoke to a nation divided by a great civil war, “With malice toward none, with charity for all, with firmness in the right as God gives us to see the right, let us strive on to finish the work we are in, to bind up the nation’s wounds, to care for him who shall have borne the battle and for his widow, and his orphan.”

Thank you all for honoring America’s fallen heroes by respecting their families.

Give an Hour is a national nonprofit organization that provides free mental health care to those who serve, their families and their communities. Since 2005 Give an Hour has harnessed the generosity and expertise of mental health professionals across the country to provide over 192,000 hours of free care and support to members of the military, our veterans and the families of the fallen.

Gold Star Wives members are the widows/widowers whose spouses died while serving in the Armed Forces of the United States, or as result of service-connected disabilities. Members of Gold Star Wives appear before various House and Senate Committees on issues concerning compensation, educational benefits, medical care and other programs pertaining to the welfare of military survivors.

Got Your 6 believes that veterans are leaders, team builders, and problem solvers who have the unique potential to lead a resurgence of community across the nation. Got Your 6 unites nonprofit, Hollywood, and government partners to integrate these perspectives into popular culture, engage veterans and civilians together to foster understanding, and empower veterans to lead in their communities.

Iraq and Afghanistan Veterans of America is the leading post-9/11 veteran empowerment organization (VEO) with the most diverse and rapidly growing membership in America.

Tragedy Assistance Program for Survivors has cared for the families of America’s Fallen Heroes since 1994, through programs and services that meet the needs of all those grieving the death of a military loved one. Support includes the 24/7 National Military Survivor Helpline; retreats, camps and survivor weekends for all who are grieving; connections to community based care; and a national network of peers.

Travis Manion Foundation engages with veterans and families of the fallen in all stages of their personal journeys and offers them unique opportunities to empower them to achieve their goals. TMF believes that the best way to honor the fallen is by challenging the living. TMF challenges veterans and survivors to lead the “If Not Me, Then Who…” movement and inspire others to continue the service to community and country exemplified by the nation’s fallen heroes.

Sons and Daughters In Touch is a 27-year old non-profit organization committed to locating, uniting and supporting the Gold Star ‘sons and daughters’ whose fathers were among the 58,315 American servicemen lost in the Vietnam War. The fathers of SDIT’s members served at every rank in every branch of the United States military; fought in every battle during our nation’s involvement in SE Asia; and are now remembered on every panel of the Vietnam Veterans Memorial. Today, SDIT has impacted the lives of nearly 5000 Gold Star ‘sons and daughters.’

The Mission Continues is a national nonprofit organization that empowers veterans who are adjusting to life at home to find purpose through community impact. Our operations in cities across the country deploy veteran volunteers alongside non-profit partners and community leaders to solve some of the most challenging issues facing our communities: improving community education resources, eliminating food deserts, mentoring at-risk youth and more. Through this unique model, veterans build new skills and networks that help them successfully reintegrate to life after the military while making long-term, sustainable transformations in communities and inspiring future generations to serve.

Hope For The Warriors is a national nonprofit founded in 2006 dedicated to restoring a sense of self, family and hope for post 9/11 veterans, service members and military families. Since its inception, Hope For The Warriors has served approximately 10,000 through a variety of support programs focused on transition, health and wellness, peer engagement and connections to community resources. The nonprofit’s first program, A Warrior’s Wish, has granted 151 wishes to fulfill a desire for a better quality of life or support a quest for gratifying endeavors. In addition, Run For The Warriors has captured the hearts of more than 22,000 since 2010.

Women Veterans Interactive (WVI) is a national nonprofit organization formed in 2011 to meet women veterans at their points of need through advocacy, empowerment, interaction and unification (AEIOU). Because every woman veteran is unique, WVI programs are distinctly designed to address the specific needs of the emergent women veterans’ population. Since inception in 2011, WVI has supported over 1,300 women veterans and women in the military.

Jewish War Veterans of the United States of America was founded in 1896 and is one of the oldest active veterans’ organizations in America. JWV is dedicated to upholding America’s democratic traditions and fighting bigotry, prejudice, injustice, and discrimination of all kinds. As a national organization, JWV represents the voice of America’s Jewish veterans on issues related to veterans’ benefits, foreign policy, and national security. JWV also commits itself to the assistance of oppressed Jews worldwide.