Few moments in American history have made a stronger impact on the character of American society than the Japanese attack on Pearl Harbor, Hawaii, on Dec. 7, 1941. The “Day of Infamy” came as a shock to a country that was intent on staying out of a raging global conflict that would never reach the US doorstop. And yet, the peaceful bliss of a Sunday morning in Hawaii was shattered by a surprise attack from Japanese aircraft that killed more than 2,300 American troops and launched the U.S. into World War II. Most Americans had never heard of Pearl Harbor, but it very quickly became the epicenter of public attention. The attack was followed by several months of fear — particularly on the West coast of the United States. The US government reacted to the very real threat of Japanese invasion by interning Americans and immigrants of Japanese descent. Although the country endured one of the darkest moments in its history, Americans put aside their differences to focus on the monumental task before them: defeat the Empire of Japan and secure peace for a world at war. This would take heroic courage in the face of danger and sacrifices made during the long and arduous path to peace.

Eighty years later, Pearl Harbor Remembrance Day serves as an opportunity to reflect not only on the “Day of Infamy,” but also to look ahead to the future and reckon with the challenges facing the country today. As we continue the fight to improve educational resources, tackle food insecurity, foster neighborhood identity, and provide purpose for our veterans coming home. 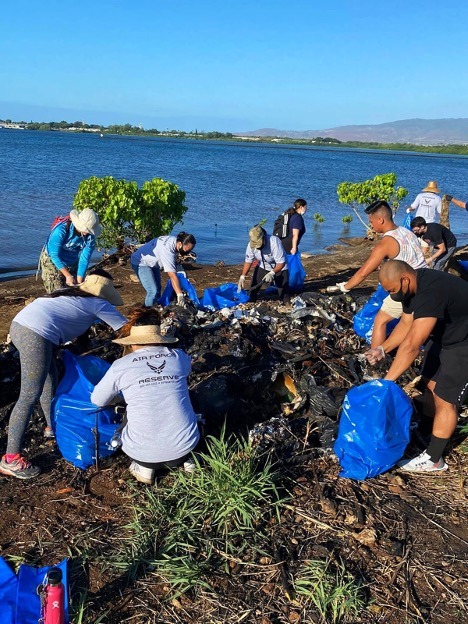 These challenges are being taken head on by The Mission Continues Oahu Platoon. The Oahu Platoon focuses its energy on youth development, maintenance of our National Parks and Beaches, and reconnecting with the veteran community in Hawaii. Their eternal commitment towards environmental stewardship and public space maintenance have provided opportunities for veterans and volunteers to adopt a portion of Blaisdell Park Pearl Harbor Historic Trail, assisting in the WWII encampment excavation at Honouliuli National Monument, and clear overgrowth at Heritage Park. Every month, the Oahu Platoon is engaged in a Hana (Service) Project, and a kōkua (Support) Project.

Today, Pearl Harbor embodies the lessons of our past and our vision of the future. Its legacy is the assurance we will never forget the sacrifice that drives our hope for the future.